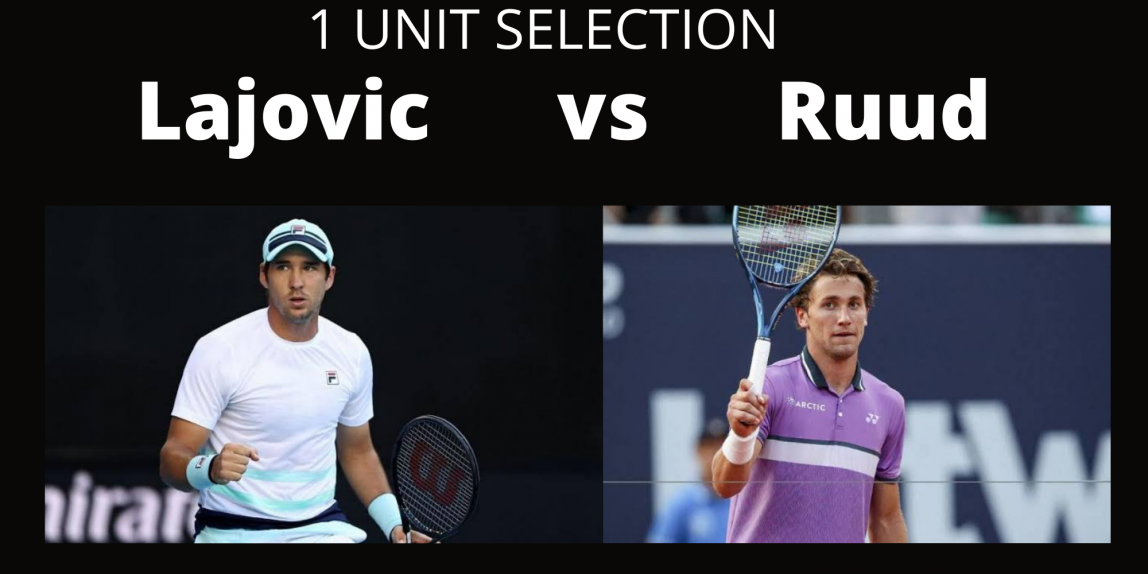 I’m predicting a relatively one-sided match-up here as Casper Ruud takes on Dusan Lajovic in the second match of the Norway vs Serbia tie.

A couple of weeks ago Casper Ruud would have been prepping for his first match of the season against Novak Djokovic. With the world number 1 skipping the tournament, Ruud now has a far more comfortable opener against Dusan Lajovic. Ruud made significant progress in terms of his hardcourt play on 2021, and I struggle to see where Lajovic is going to have the edge in this match-up.

Ruud still finds himself a little vulnerable on the hardcourt against the big names capable of earning cheap points on serve and using the heavy spin of Ruud against him. I’m not sure Lajovic has the power to be a threat here. He didn’t show me a lot late in the year on hard, and couldn’t put up a challenge in Toronto in August against Ruud, even with a first serve percentage of 80%.

With this the first match of the year for both I’ll keep this to one unit, however the under 21.0 games here looks a solid play given the match-up.