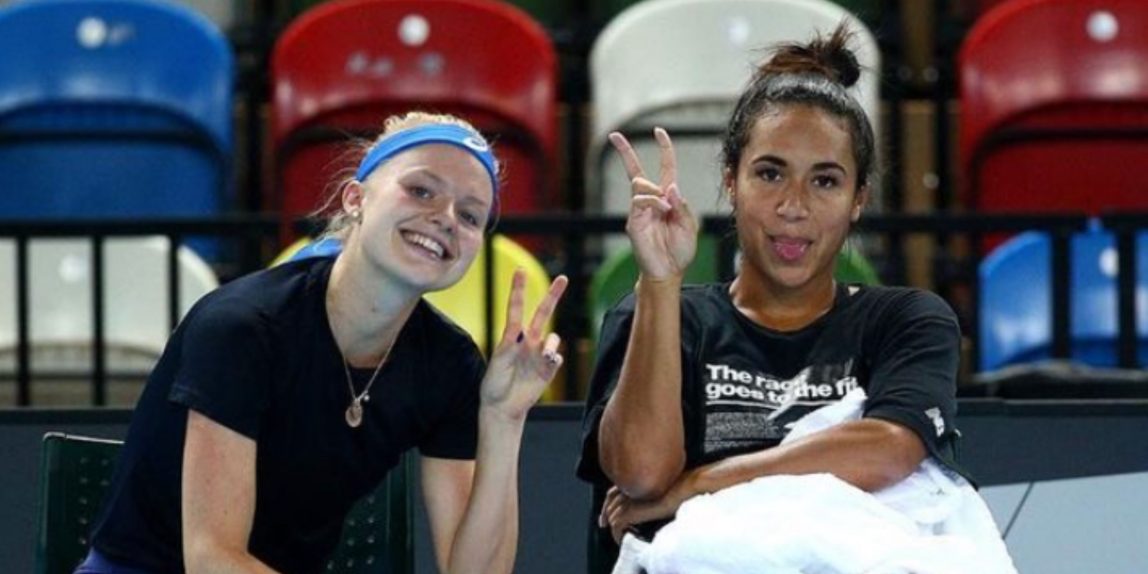 The doubles competition is starting at Wimbledon today and there are two Brits up first on Court 4 as Harriet Dart and Heather Watson take on Kaia Kanepi and Shuai Zhang in a match involving four players that lost their first round matches in singles.

When you look at doubles matches at Grand Slams, you’ll occasionally find some odd pairings. Kanepi and Zhang surely fit that bill. The two teamed up twice before, 2010 at Wimbledon and 2012 at Roland Garros. Their record isn’t the worst, but it’s clear to see their partnership is temporary and for Grand Slams only.

While Zhang is actually a decent doubles player, having peaked at #9 two years ago, Kanepi played her last doubles match at the 2018 US Open and peaked at #106 back in 2011, mainly picking up points at Grand Slam level. The Estonian seemed to age like a fine wine as she played some great tennis during the pandemic, especially in Australia. However, her singles form has decreased a little since and doubles is a completely different game. With no current ranking and having played only five matches (all in 2018) in more than six years, I doubt Kanepi will be in the perfect rhythm for doubles.

In contrast, both Brits compete on the doubles circuit regularly and they even prepared for Wimbledon together. Although having lost both their first round matches in Birmingham and Eastbourne in match tiebreaks, especially against a team like Gauff and Ostapenko, that’s not a bad result.

Dartson have a career record of 1-4 together, which could be the reason we have such good odds on them today. All of their losses came in three sets though and back in 2019, they had a 6-4 5-2 lead including three match points against a seasoned doubles team in Melichar and Peschke. Their one win has been of high quality too (6-2 6-2 vs. Guarachi/ Olmos).

To sum it up, I think the Brits are a better doubles team than their record suggests. Partnering with a rusty doubles player, I’m not sure Zhang will be able to carry the team on no match practice against two Brits who most likely get some support out there as well with the two big courts only starting play two hours later. I’m picking the British Wild Card formation who should be more accustomed and more motivated to move on at their home Grand Slam.