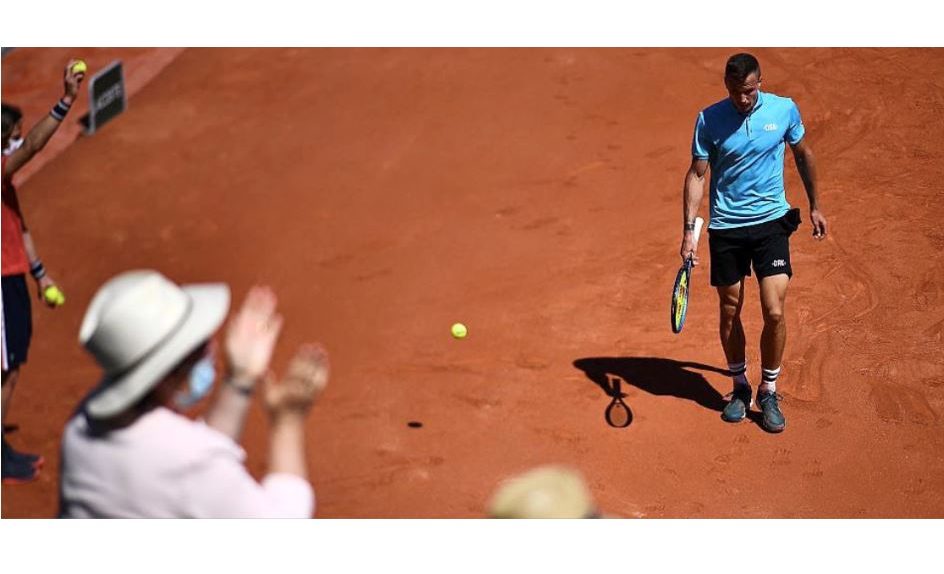 Round one is in the books and we already learned a lot, be it that the courts are a lot quicker than expected, mainly due to very little clay covering the courts, or that German and French tennis have seen much better times. While no German woman reached the second round for the first time since 1958, only 3 of the 18 Frenchmen in the main draw won their opener.

Two of the 15 losers have been Gregoire Barrere and Gilles Simon whose opponents face each other today when former quarterfinalist Fabio Fognini takes on Marton Fucsovics. We all know about Fognini and what a talented player he is on the dirt, however, the now 34-year-old is known for his ups and downs in matches and even sets. 2021 has been so-so for him so far with 5 wins and 6 losses on clay. After reaching the quarterfinal in Monte Carlo, he only beat Carlos Taberner and an out of shape / injured Guido Pella entering the French Open.

Fucsovics won’t be too proud of his clay season either, but he was looking good here against Simon. In contrast to Fognini, clay has never been the Hungarian’s favorite surface, but he improved over the years and made the fourth round here last year, beating Medvedev, Ramos-Vinolas and Monteiro before losing to Rublev.

The faster surface should actually benefit Fucsovics, so I expect a pretty even matchup. If Fognini is on his game and stays patient, he should move into the third round. However, there’s a good chance he will let a few service games run when there’s a close call against him or something comparable, opening up a nice opportunity on the games handicap. Against one of the fittest guys on tour, I don’t expect this to be one way traffic, so I’ll be on Fucsovics to cover the spread.