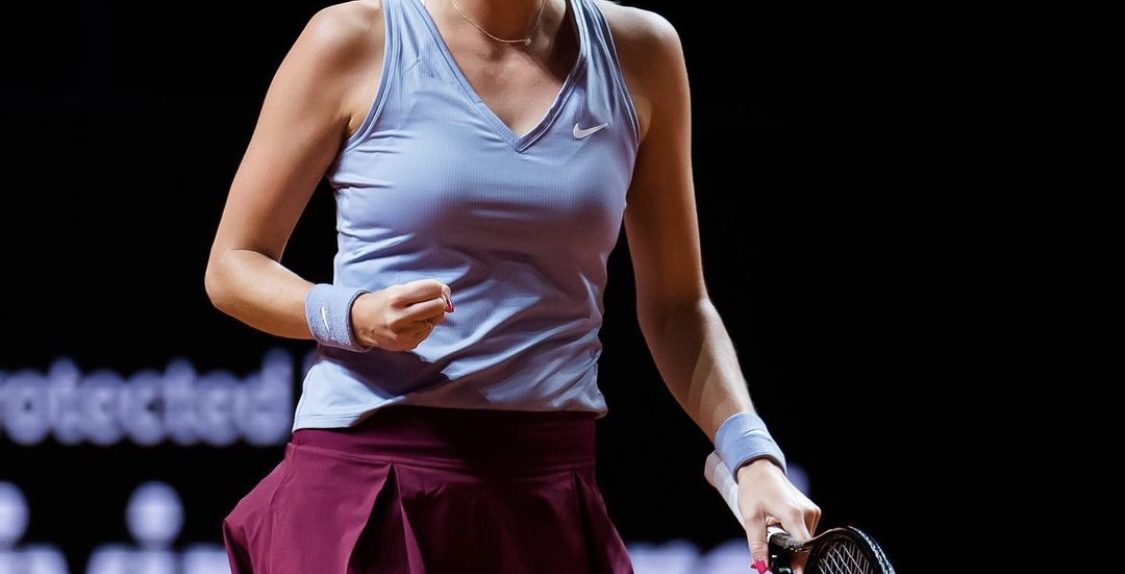 Back in Stuttgart, we have a stacked quarterfinal day today with all the top guns still around. Only two seeded players went out thus far and neither Kenin nor Bencic showed great form coming into the tournament. In fact, both closed as underdogs yesterday in their matches against Kontaveit resp. Alexandrova.

After beating Bencic and Muchova, Ekaterina Alexandrova gets to face #2 seed Simona Halep today. The Romanian can be considered the best clay courter of this generation and finally won her first Grand Slam title at Roland Garros in 2018. She had to retire from the Miami Open a month ago due to a right shoulder injury, but after two weeks of rehab, she put in good practice sessions at home with her coach Darren Cahill. While I had some doubts, she really convinced me in her first match in Stuttgart where she beat Marketa Vondrousova 6-1 6-3, not allowing a single break point opportunity.

Although I cannot stress enough that these courts don’t really play like usual clay courts, the surface is still clay. Alexandrova’s movement is still far from natural and against a healthy Halep, I don’t really rate her chances too high.

In the match before Alexandrova-Halep, Elina Svitolina takes on Petra Kvitova. The two already met in Miami last month when Svitolina won the match 2-6 7-5 7-5 despite Kvitova winning more points (103-100). One might argue that clay suits Svitolina even better, but I rather like her on slow hard courts than on these indoor Stuttgart courts.

The Ukrainian has only been here once, losing to Garcia in the quarters in 2018, while Kvitova stops here regularly. As a result of the cancellation of the event last year, the Czech is still the defending champion, winning the Porsche in 2019. It’s safe to say that she enjoys the indoor conditions and she looked good in her matches against Brady and Sakkari. Svitolina had massive problems against Yuki Naito on outdoor clay last week and the Japanese even served for the match in their Billie Jean King Cup encounter. I wouldn’t read too much into her win against Kerber either, so all things considered, an in-form Kvitova should get the job done.

1u on a Halep/Kvitova double at 2.02 with Pinnacle