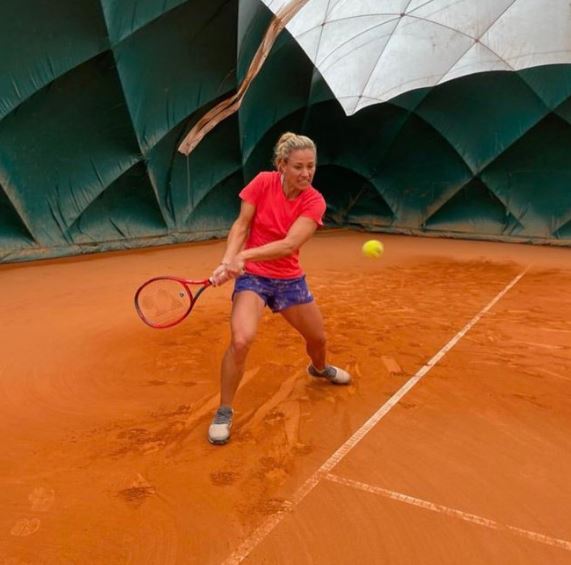 That was quite the successful trip to the ITF tour and I’m keen to do more of these if anyone is interested. For now, let’s get back to Stuttgart though where Angelique Kerber starts her campaign against Ekaterine Gorgodze from Georgia.

Clay and Kerber don’t necessarily go hand in hand, however the three times Grand Slam champion has a 15-8 record in Stuttgart and won the event twice in 2015 and 2016. From the 2012 edition on, the German only lost to Kvitova, Sharapova, Suarez Navarro, Mladenovic, Kontaveit and Bertens in Stuttgart. This year, she’s entering the event free from any pressure. Her expectations are low and I feel like this is just what Kerber needs these days.

Her opponent enters the main draw as a Lucky Loser, having lost her final qualifying match 3-6 1-6 against Friedsam. Gorgodze is a player who usually beats who she’s supposed to beat on clay, but she doesn’t have too many wins against top 100 players to her name. Her pesky lefty game can annoy opponents, but the indoor component shouldn’t work out in her favor.

Kerber enters some sort of comfort zone in Stuttgart, even though the fans will be missing this year. She had some good practice sessions over the last few weeks and also showed signs of form in Miami where she beat Zarazua 6-0 6-0 before losing 5-7 2-6 to Azarenka. I count on the former champion to get back on track in a familiar environment against an opponent she should dominate.