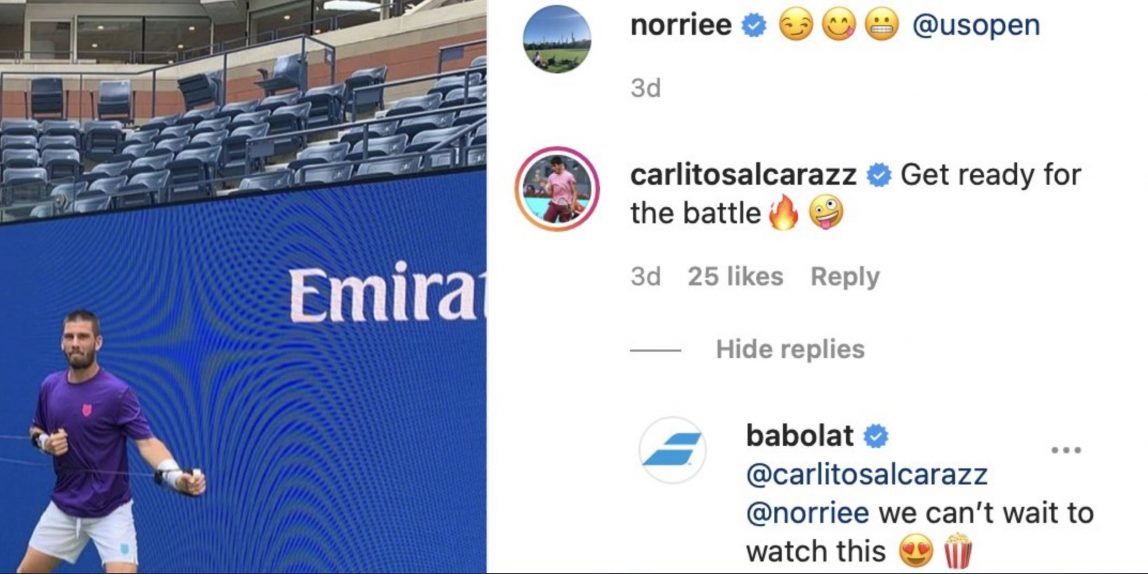 The US Open are back and so are the fans. And so is the hot and humid weather, at least for the first few days. Players will face up to 30°C and air humidity of more than 80% heading towards the evening. That makes for some demanding matches in uncomfortable conditions with physicality being a huge factor. Good thing we have some warriors out there today when Cameron Norrie and Carlos Alcaraz battle it out in a matchup I’m very keen on watching.

The two players arrive here on pretty different confidence levels. After traditionally doing well in Mexico and winning the title in Los Cabos, Norrie lost his last three matches here in North America. All three of them came against good opposition in Nishikori, Khachanov and Isner and more importantly, all of them have been three-set battles. Today, given the Grand Slam format, I would be quite surprised if a winner is to be found after three sets.

There have been high hopes for Carlos Alcaraz for quite some time now and he’s finally shown that he’s capable outside of clay as well, beating players like Ivashka, Fucsovics or Giron this month. As a consequence, the young Spaniard reached the semifinal in Winston-Salem. He wasn’t at his very best against Mikael Ymer, but in my opinion it’s a good thing he had one more day to prepare on these US Open courts.

As already mentioned, I think this will be quite some fight out there on Court 10. Both Norrie and Alcaraz have a complex game and can create a lot of angles, but neither of them will back down. Considering the recent form, I have this line a little closer and thus will be taking the over as well as the 3.5 games handicap I get on Alcaraz.