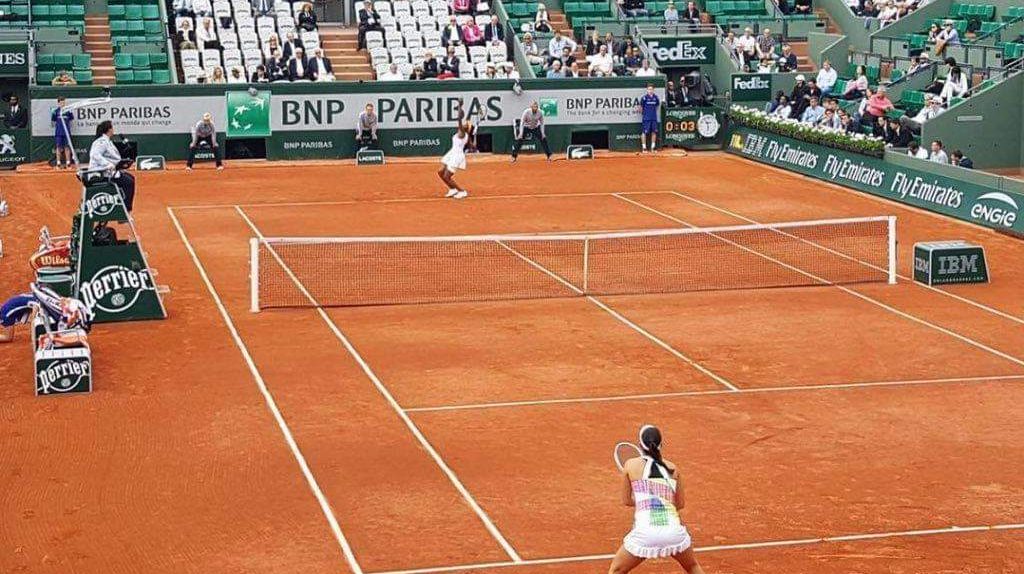 Witamy w Gdynia! This is a new stop on the European clay tour as the first ever Poland Open. This is one of the last clay tournaments of the year and thus one of the last chances for women who like to play on the dirt to earn rankings points on their preferred surface. It is also the week before the Olympics, so a lot of the big names will not be in this event. That may bum some of you out, but we a good collection of younger players on the rise and tour veterans all of whom will have a chance to be the star this week. Let’s dive into the draw, pick a winner, and hopefully find some value in the outright markets.

For the second consecutive week our #1 seed is Yulia Putintseva. Her movement and intensity are good tools on the surface, but if you look at the numbers above you’ll see she’s fairly average on the surface. Putintseva can struggle to generate the power needed to hit winners on the slow clay. She’s in the final in Budapest, but hasn’t beat a single woman in the top 100 and dropped sets to Kateryna Kozlova & Dalma Galfi. Similar to last week, this is another field where she may avoid a top 100 player allowing her to win back to back titles. The betting markets have her as 3rd favorite at 7 to 1 odds. I’m more than happy to pass on that given her history on the surface and with how difficult her draw might be even in this diluted field.

The rest of the quarter is rather uninspiring, even for this draw outside of the winner of 1 first round match. Maryna Zanevska made the semifinals last week in Lausanne which means she’s in good form and had a day or two to travel and recover physically. She has had great success on clay even before last week, but against much weaker competition. Her opponent in round 1 is Olga Govortsova. Govortsova finished second in the event in Bastad 2 weeks ago which was a rather remarkable result for her. It was her first quarterfinal at a WTA level clay tournament since 2012 and her first semifinals & finals appearance on the surface at that level. I, and the betting markets, expect Zanevksa to win this match, but I expect either woman to win their 2nd round match and be a challenge for Putintseva in the quarterfinal. Zanevska is 18 to 1 and that will be our first outright wager of the week. Govortsova is 40 to 1, but I’m happy to overlook her first good clay tournament in years and I do have her losing to Maryna.

This quarter looks to have about as straightforward of a first round as any quarter we’ve seen in any event all season. Four women are heavy favorites in the betting market, so let’s look at the round 2 matchups starting with Irina Camelia Begu vs. Nuria Parrizas Diaz. Begu is a clay court grinder and does well on the surface each year, but has struggled in 2021. She qualified for Madrid, but lost in round 1. She followed that up with a loss in round 1 of qualifying for Rome, a round 1 loss in the French Open, and a round 1 loss in Budapest last week. Does the losing continue or is this the week she finds form having plenty of time to prepare and a field devoid of the very best players? Nuria is having a much different year on the dirt. She made the quarterfinals in Bogota, won a W25 ITF event, and won her last tournament in Bastad. I have her beating Begu and possibly a few more matches after that. Diaz is 14 to 1 to win this event and I like that number quite a bit. She’s in form, on a surface she likes, and in a winnable section of the draw. Let’s add her to our portfolio of outrights.

The bottom half of the quarter will be decided by the match of Kateryna Kozlova vs. Aliaksandra Sasnovich. Kateryna is up in the head to head 3-1, but be careful. 3 of the matches were in 2014 and earlier and the latest match was only in 2019. Also, all 4 matches were played on hard courts and you can see above that clay is a better surface for Sasnovich. Kozlova is in slightly better form with 2 wins and 3 set loss to Putintseva las week in Budapest while Sasnovich lost her 2nd match to a player ranked in the 200s. I’m picking Sasnovich to win this match based on the surface, but I wish she were in better form. Aliaksandra is a good player, but not great. She is kind of a measuring stick for the top 75sh players on tour. Sasnovich can generally beat anyone above that rank and generally loses without much trouble to players ranked below that. Aliaksandra is 14 to 1 to win this event and if she does, it would be her first title at the WTA level. In fact, she’s only made 3 WTA level finals in her career, so I’ll skip her at the same price and in the same quarter as NPD.

When will Anhelina Kalinina lose? She has won 14 matches in a row and faces Putintseva in the final in Budapest. She won W60 and W100 events at the ITF level, both on clay, and could win her 3rd event in a row. You can see above that she has some stellar numbers on clay, but can she really keep playing matches for a 4th week in a row at a high leve? To be honest, I wouldn’t be surprised if she skipped this tournament and have a rest. On the other hand, as I mentioned in the open she has only a few more opportunities to win ranking points on clay. The draw is a bit tricky to start. She faces a qualifier who will likely be less talented, but with fresher legs and a few wins on these courts. Her 2nd round match will be Irina Maria Bara or Varvara Lepchenko whom she can beat, but will be tough opponents that can challenge Kalinina. Her quarterfinal opponent will be a bit easier, but the seminal and final will be competitive at the very least. I have her picked to win the quarter, but at 5 to 1 to win the tournament I will not be betting her in the outright markets. That makes her the 2nd favorite in the event despite being challenged early and being in the same half as the tournament favorite.

I will mention briefly Tereza Martincova if only because she is on an absolute tear as well. She made the quarterfinals in Birmingham, won 2 matches at Wimbledon, and is in the finals in Prague this weekend. Of course, those first 2 events are played on grass and that latter on hard courts which means this will be her first match on clay since the French Open. Her number above aren’t spectacular, but in her form and in this quarter who knows? She can definitely win her first 2 matches and then maybe avoid Kalinina and steal this quarter. She’s 11 to 1 this week which is unbettable, but I did want to note how much respect she’s getting in the market after this run.

Another quarter and we have another finalist in a tournament from last week. Tamara Zidansek will play for the title in Lausanne. She is a great clay player and has had success well before her run to the semifinals in this year’s French Open. Her opponent in the final in Switzerland is likely her 2nd round opponent in this event, Clara Burel. The young Frenchwoman is comfortable on the dirt having made the semifinals and finished 2nd in ITF tournaments earlier this year. She’s lost only 2 sets in Lausanne. I’m excited for that final and excited for this 2nd round match assuming neither take this week off to recover. I don’t expect either to do that, but keep it in the back of your mind. Zidansek is the favorite at 4.5 to 1 and Burel is the 4th favorite at 9 to 1 despite having to play one another in round 2. I am delighted to pass over both of those prices given all those factors.

The top half of the quarter is likely decided in round 1 when Anna Blinkova faces Anna Karolina Schmiedlova which is actually kind of a sad sentence to have typed, but here we are. Both are tour veterans who can win on clay and beat most of the players in this field, but, and this might just be me, they are kind of boring. That doesn’t matter, but what is holding me back is that I can’t choose between one of them to advance to round 2. I picked AKS in my bracket, but I don’t feel great about it. They will also face good opponents in the quarterfinals and beyond that. AKS is 14 to 1 and Blinkova is 33 to 1 to win the title in Gdynia. I’m not betting either, but if you have a strong read on their 1st round match it would be a good idea to bet a little on the outright of whichever woman you favor.