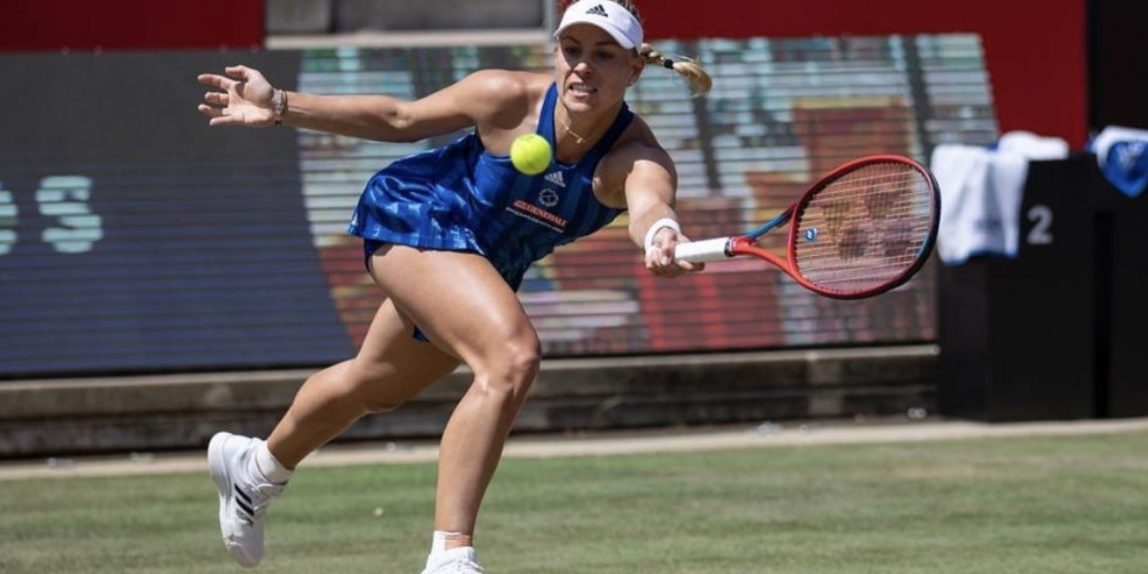 Our outright hopes are still alive as Karolina Plíšková is facing Aryna Sabalenka in the semis today. I’m not seeing value in a hedge at current odds, so fingers crossed for the Czech to win at least one more match!

Semifinal action starts with the match between Ashleigh Barty and Angelique Kerber in what promises to be a high-quality encounter. Both Barty and Kerber improved from match to match this fortnight and in week two, neither of them lost a set.

Ash Barty ended French Open winner Barbora Krejčiková’s streak of 15 wins in a row when she defeated her 7-5 6-3 on Manic Monday before beating fellow countrywoman Ajla Tomljanović 6-1 6-3 in the quarterfinal.

After struggling with Sorribes Tormo and Sasnovich in week one, Angie Kerber once again showed why she’s still one of the biggest threats on grass. The 2018 champion crushed the hopes of two very promising players when she outplayed Coco Gauff 6-4 6-4 and Karolína Muchová 6-2 6-3, both in 75 minutes. She seems to be in the midst of one of her dangerous Grand Slam runs again. From her last five major semifinal appearances, she made it to the final four times and won the title three times.

It’s hard to believe that Ashleigh Barty never made it past the fourth round at Wimbledon. Grass suits her game best and it is also her best surface when you look at win percentages throughout her career. It’s good to see the world #1 finally making it to the semifinals after struggling with huge expectations here two years ago.

Thinking about what she could achieve is something Barty better avoids today and even if she manages that, a matchup with Kerber will be tough to ride out anyway. Yes, Kerber struggled with Sorribes Tormo in round two, but that was fairly expected. The Spaniard can’t nearly generate as much pace as Barty can and Kerber plays her best matches when she’s able to redirect pace.

Barty’s razor-sharp slice is a huge weapon against almost anyone on tour, but Kerber is one of the few players that can deal with it quite handily. The German takes on these low-bouncing balls with what can be described as her signature shot. She bends her knees and hits the ball early to save the opponent’s attacking shot and immediately turn defense into offense. This is a unique way of counterpunching and Kerber somewhat perfected it.

At the end of the day, my bets are based on implied probabilities. I see why Barty is the favorite and I could warrant odds of 1.60 to 2.50 in favor of the Australian. That being said, Kerber really shouldn’t be 3.00 or bigger in this spot. The German is playing some of her best tennis right now. She also leads the h2h with Barty (and more importantly has the weapons to absorb Barty’s powerful game) and has the experience of making a semifinal and a final plus winning a title here at Wimbledon – something that could also make a difference if things tighten up. I envision this a close contest and therefore have plays on the Kerber +3.5 games handicap and the over 2.5 sets.