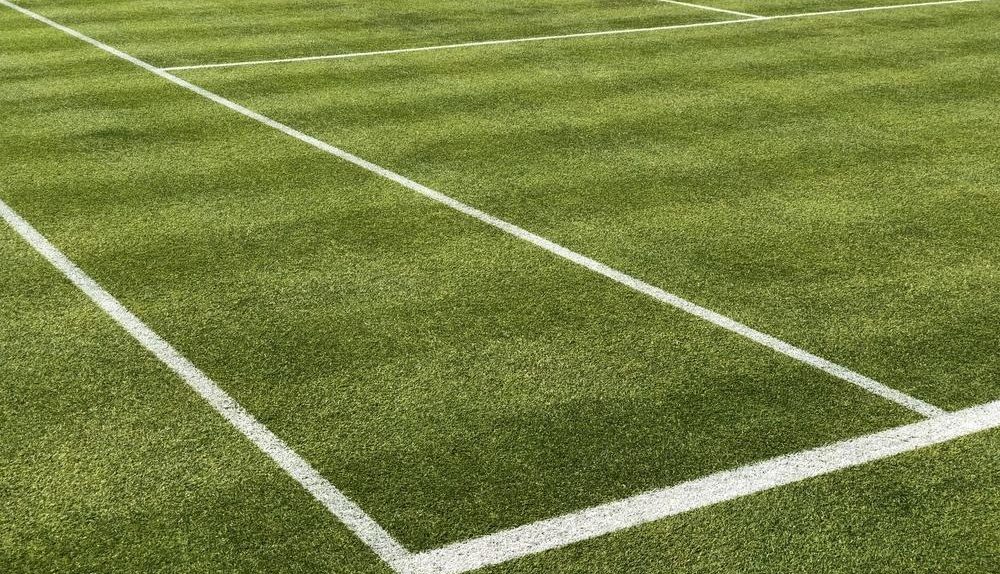 Round one of the Noventi Open and the cinch Championships continues on Tuesday, with 20 matches on the card across these two ATP 500 grass court events and Sean Calvert is back to assess the day’s play for betting value.

I said in my outright preview that it’s often slippery in Halle and we saw that again on Monday when David Goffin – who’s had more than his fair share of accidents over the years – had to retire hurt after slipping.

And we were on a slippery slope early on with our bets when our 4/1 shot of Reilly Opelka to win set one against John Millman 7-6 was upended due to Millman winning the breaker instead of Opelka.

Things got back on track later though after that misfortune when Cam Norrie and Albert Ramos went past the over 21.5 games mark in their round one clash at Queen’s Club and Ramos also covered the +4.5 games if anyone went for that option.

Later on there was disappointment on the outright front when a truly woeful performance from Lorenzo Sonego, who couldn’t even do the basics competently, resulted in the Italian being dumped out by Viktor Troicki.

That was only Troicki’s second main level win since July 2019 and it was pretty much handed to him by Sonego.

In other news yesterday – and this one gets filed under ‘to the surprise of absolutely nobody’ – Stefanos Tsitsipas withdrew from Halle to leave the bottom half rather wide open with plenty are in with an opportunity now.

Having lost Tsitsipas, the Noventi Open won’t want to lose Alexander Zverev as well, but I couldn’t back the German at 1.15 though given some of his efforts on grass in recent times and a quick turnaround from the French Open.

Zverev has disappointed on grass since he won Halle in 2017, with just one quarter final (no further) in the six tournaments he played on grass after that.

Losses to the likes of Jiri Vesely, Ernests Gulbis and Dustin Brown – all when priced between 1.17 and 1.22, plus another to Borna Coric as a 1.24 chance and to David Goffin as a 1.55 favourite show that Zverev can’t really be trusted on this surface.

And he won’t exactly have had long to prepare, having played the French Open semi final only a few days ago, so I’m inclined to take him on in some way against Dominik Koepfer, who’s more than capable on grass.

In the last grass swing we had in 2019 Koepfer won the Ilkley Challenger, made the quarters in Nottingham and beat Filip Krajinovic at Wimbledon, winning 11 of the 14 matches he played.

Koepfer looked gassed last week in Stuttgart after only having four days between playing a long four-setter against Federer at the French Open and facing Jurij Rodionov on grass in Stuttgart.

Zverev will have had exactly the same time to prepare that Koepfer did last week and he’ll do well to win this in straights, so the 2.50 with Betway about Koepfer winning a set looks fair enough to me.

Elsewhere in Halle I like the look of Karen Khachanov’s price against his pal Andrey Rublev, with the latter yet to show any sort of form on grass and the pace of this Halle surface will surely be too quick for Rublev.

It isn’t ideal for Khachanov either, really, with the low bounce not really suiting the taller Russian, but he’s played reasonably well on it in the past and he’s also beaten Rublev in three of their four career meetings.

The most recent of those was back in 2019 before Rublev climbed up the rankings to where he is today, but this pair know each other really well (they played doubles together on Monday) and so Khachanov knows what he has to do to win this.

Khachanov was a 1.62 favourite the last time they met (when Khachanov was 12th seed for Indian Wells 2019) and now he’s a 2.75 chance, which does tempt me given how well je knows the Rublev game and how much Rublev has struggled on grass in the past.

Rublev also comes here in poor form by his recent standards, having lost to big-hitting, aggressive types Jan-Lennard Struff and Lorenzo Sonego in Paris and Rome and we’ll see if he can justify favouritism here.

Lukas Lacko is another underdog possibility against Guido Pella, who was eased aside by Jordan Thompson in straight sets last week in Stuttgart and Pella still looks some way down on his peak form, to put it kindly.

Tie break backers might well look to Sam Querrey versus Ugo Humbert and Arthur Rinderknech against Yannick Hanfmann on Tuesday (there was at least one breaker in all of the completed singles matches on Monday in Halle).

Moving over to Queen’s now and I’m not sure I fancy anything quite enough for a bet on Tuesday.

Alex De Minaur still isn’t showing anything like his best form and so far a return to grass hasn’t helped him after he struggled to get past Jordan Thompson and then lost to Jurij Rodionov in Stuttgart.

He hasn’t won more than two matches in any of the 11 tournaments he’s played since winning Antalya in week one of the season and I’d be looking to take him on, but Laslo Djere has shown nothing at all on grass (1-5 win/loss) and it’s hard to have any faith in the Serb on this surface.

Normally I’d be leaning towards a tie break in Jeremy Chardy versus Alexander Bublik, but anything’s possible in that match, so I don’t think I’ll bother.

I wouldn’t be surprised if Yen-Hsun Lu won a set (or maybe even two) against Fabio Fognini, who hasn’t played a grass court match away from Wimbledon since 2013 and you’ve got to wonder what sort of effort Fogna will put in here.

Aljaz Bedene has looked more comfortable on grass in recent times than he did earlier in his career and he may be able to take advantage of any fatigue from Frances Tiafoe, who won the Nottingham title on Sunday.

Alexei Popyrin was poor last week in Stuttgart, but I wouldn’t be surprised if he were able to get the better of Dan Evans if the Aussie produces an improved level on Tuesday, while Andy Murray versus Benoit Paire is total guesswork, so I think I’ll pass on Queen’s on Tuesday and focus on Halle.