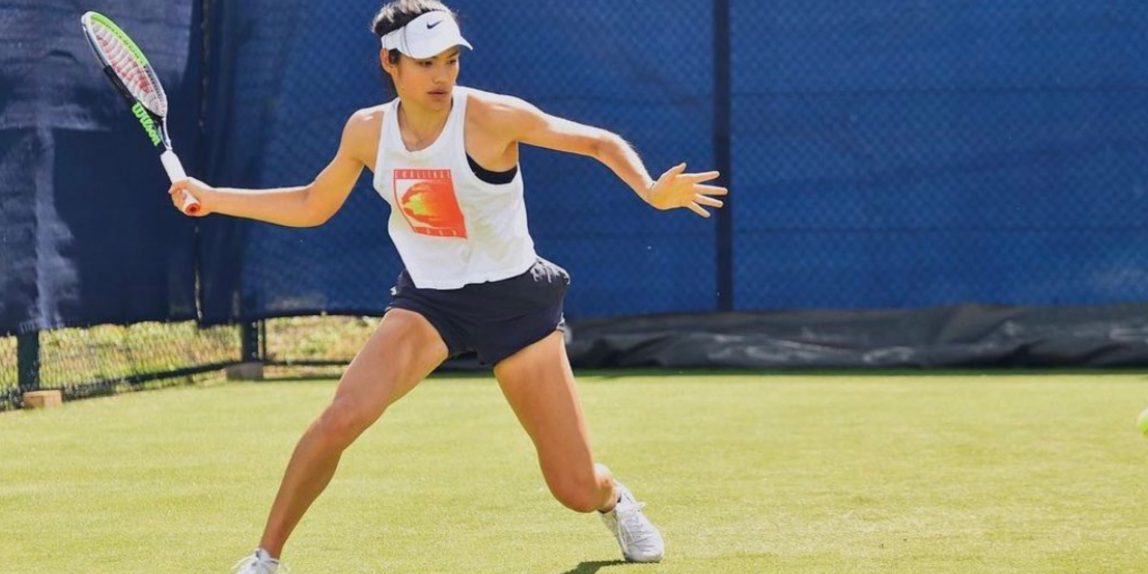 When you look at the upcoming tournament schedule, you wouldn’t actually believe we’re entering the second week of a Grand Slam. An ATP 250, a WTA 250 as well as a WTA 125 plus five ATP Challengers, adding to fourteen more events on ITF level. My head is already spinning, but I’m trying to focus on following some youngsters (yes, the Roland Garros junior event also started yesterday) throughout the week.

18-year-old Brit Emma Raducanu has been playing her last junior event back at Wimbledon in 2019. After that, she tried to settle down on the pro tour until the pandemic intervened. Raducanu won a 25k event at the end of 2019 and reached the final in another one, beating Clara Tauson along the way, just before the whole world was standing still last year. The recipient of the “Amazon Prime Video Future Talent Award” only competed in the Battle of the Brits and the UK Pro Series since, but she actually gets financial support for two years and Andy Murray serves her as a mentor. The two already had a lot of training sessions and I’m eager to see how she comes out today.

While I’m very high on Raducanu’s future, her opponent today is already one step ahead. Harriet Dart is ranked inside the WTA top 150 and just lost in the final round of qualifying for the French Open. Dart is solid from the baseline and just like Raducanu, tries to dictate rallies. The two actually met during the UK Pro League with Raducanu beating Dart 6-3 6-0 and eventually winning the title. When watching both of them last year, it already felt like Raducanu possessed more power despite being six years younger. Her serve and groundstrokes are not far from WTA level and I think her ceiling is much higher than Dart’s.

Raducanu clearly prefers faster surfaces. Indoor hard courts suit her game really well and I expect kind of the same on grass. So while I really like these odds on the youngster, it’s also obvious why Dart is the favorite. The 24-year-old overcame some injury issues last year and recently built some confidence on tour while Raducanu hasn’t been playing at all. Even though I’m not exactly sure what shape she’s in, I’m willing to take the risk when getting the more talented player at underdog odds. Due to the uncertainties, I’m only going with a 0.75u stake though.