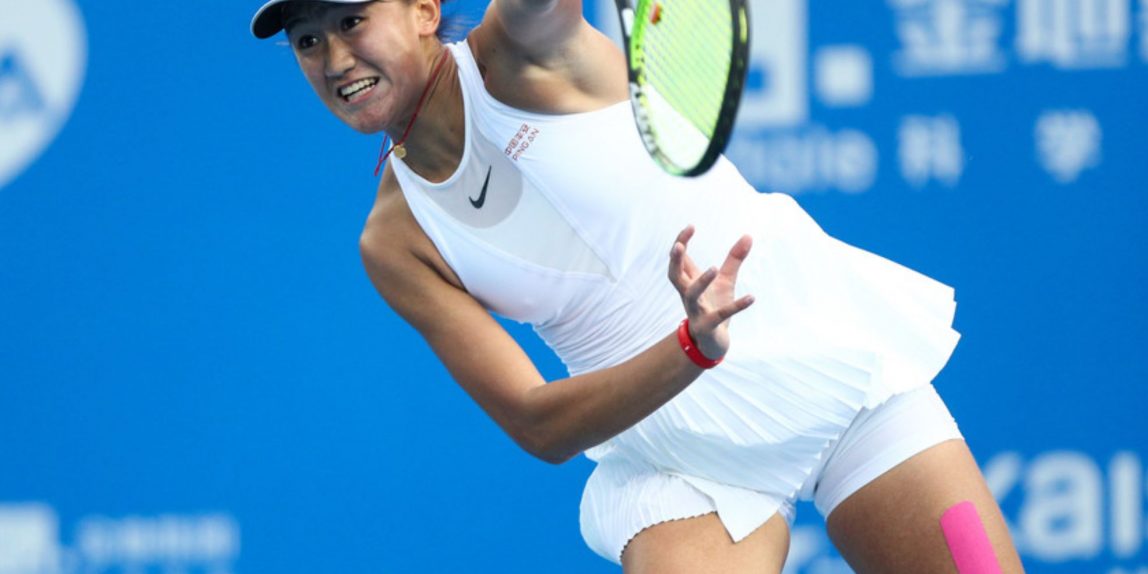 Apart from the big stage in Madrid, the first WTA 125 event of the year is taking place in Saint-Malo, France. Personally, I love these tournaments as they give lower-ranked players the opportunity to gain a foothold on tour and get more ranking points. Almost all the players should be motivated and a few players even came here from Madrid.

One of these players is Xiyu Wang who lost to Ajla Tomljanovic in Madrid qualifying after defeating the already beaten top-seed of Saint-Malo, Alizé Cornet. I have high hopes for Xiyu, but she still lacks consistency which also shows in her mixed results. Beating Cornet or winning both her Billie Jean King Cup ties against Dutch Arantxa Rus and Lesley Pattinama Kerkhove are an indication that she’s capable of doing much better in the future. A big lefty serve and forehand which can also create a lot of good angles already are part of her dangerous repertoire.

Today, the Chinese takes on Rebecca Peterson who didn’t play much after the Australian swing. In fact, her only match was in Miami where she lost to Xiyu’s (almost) namesake Xinyu Wang 2-6 2-6. The Swede has been struggling with injury for the better part of the last year now and I’m not sure if she’s at 100% again yet. She did put in a lot of training sessions over the last few weeks, but nothing will ever beat match practice. When on her game, she can be a great player, but so can Xiyu Wang. Peterson has a negative record against lefties and not that it matters too much, but she also lost their only h2h 4-6 2-6 back in 2019.

Even though Xiyu hasn’t been too consistent this year, she always keeps matches close. Considering that her opponent might still be rusty, I like the youngster’s chances in a potential third set and therefore take her as the underdog.