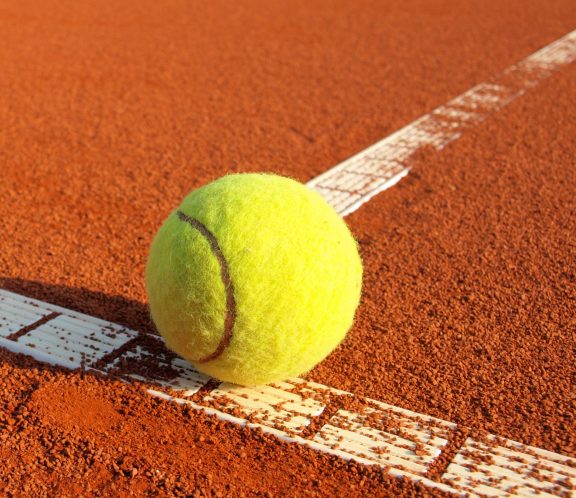 My name is Steve. I am a small business owner in Australia. My business revolves entirely around previewing and discussing the great game of tennis. It is a sport that you have arguably shown to be one of, if not the greatest male players in the history of the game.

I wanted to let you know how the owner of a small, insignificant small business in the wider scheme of things, has felt over the last couple of months.

I looked on in trepidation in March as the world started to become a very different place. When was the moment it hit home for me that my business may be about to be flipped on its head? It was seeing you and your team on a plane leaving the United States before the Miami Open had been cancelled.

last flight avalaible to Europe! from tomorrow no more USA Europe and viceversa

When the President of the ATP Players Council grabs one of the last planes out of the country, it gives one the impression that things won’t be the same on the tennis landscape for quite a while. I saw my revenue stream drop to zero as a result of no tennis being played. That for me would be my new normal while adjusting to life as we now know it.

I applaud you for your actions in the aftermath, donating millions of dollars via your foundation for the purchase of medical equipment to help fight COVID-19 in Serbia.

My wife @jelenadjokovic and I have donated 1 million euros via @novakfoundation for the purchase of medical equipment to help fight #COVID19 in Serbia. We are in this together.

Here’s our press conference where we share our message: https://t.co/hxA5DIFZDD pic.twitter.com/58O0c9XGRc

This, combined with your tweet on March 22 below, sent an incredibly strong message to the severity of COVID-19 and our current plight worldwide.

I also cannot emphasise enough the importance of getting the message across to children regarding the severity of COVID-19 and what is happening in the world, and your Novak Djokovic Foundation did a great job of this in March.

Dear families, have you talked to your children about the COVID-19 situation?
It’s our responsibility to keep them safe, so Manuela Molina created the #Covibook, a short story to help families and educators in this period.
Grab your pdf file!https://t.co/L0Qg665CFF

I cannot say I have agreed with everything you have said and done over your career, however these few acts above and spreading a message regarding the severity of the problem was in my opinion one of the best things you have done with your significant reach worldwide.

My question to you is: what on earth has happened since?

The following quotes now carry a different feeling and different emotion for me on reflection:

“We became addicted to this idea that we always need to be somewhere else and do something productive.”

“We can’t be healthy if our world isn’t healthy.”

I also appreciate the comment “We rarely get time to stop and contemplate our lives.” My life has been flipped on its head in 2020, some parts due to COVID-19, and some parts due to other life circumstances. Sometimes life throws you curve ball after curve ball, however I am personally trying to stay positive where I can.

I have observed over the last couple of months how your positive mindset can shape your beliefs and how they are then displayed and projected to millions of people via your social media footprint. I am not writing to you today to discuss the scientific research behind vaccinations, or the molecular make-up of water.  I want to discuss the last couple of weeks and the impact that has on me potentially returning to viable work in the near future with my business.

On May 23, you announced that you would be running the Adria Tour, with tournaments in four separate locations across a month. On that day, over 107,000 new cases of COVID-19 were confirmed worldwide.

The Tour began on June 12, a day that saw over 136,500 new cases confirmed worldwide. Your first 1,000 tickets sold in 7 minutes, which led to another 1,000 tickets being sold to the public. This was the quote from the tournament:

“For all those who did not manage to get the tickets, we have good news—we have decided to release another 1,000 tickets on Friday, while respecting the recommended measures of safety and appropriate social distance of at least one meter between spectators.”

Appropriate. Social. Distance. Of. At. Least. One. Meter. Between. Spectators.

I understand the rules are different in different parts of the world, so I am only using quotes and information supplied by either yourself, the foundation or the tournament.

First things first- Kid’s day!👫
Before we kick off with Adria Tour, let’s celebrate sport in the best possible way- with children!🎾
A numerous number of sports activities are organized for our little ones from tennis matches, football, to jumping…⚽ Let the games begin!❤️ pic.twitter.com/xuHXkK6F0H 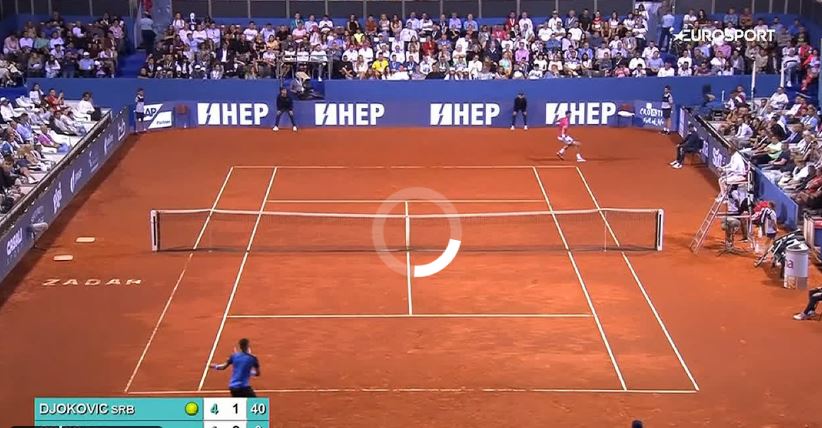 Whilst all that was being prepared and produced in Europe, it was commented in a piece on ESPN that the US Open’s initial protocols were labelled by yourself as ‘extreme’.

“The rules that they told us that we would have to respect to be there, to play at all, they are extreme. We would not have access to Manhattan, we would have to sleep in hotels at the airport, to be tested twice or three times per week.”

“Also, we could bring one person to the club, which is really impossible. I mean, you need your coach, then a fitness trainer, then a physiotherapist.”

I am sure many players around the world, waiting for the safe return of all tennis tournaments to be able to earn a living again, would feel you are currently out of touch with the common tennis player. Why does this issue hurt the players that will miss out on the US Open this year so much?

I answer a question with a question: How many qualifiers would have the funds to allow a coach, a fitness trainer and a physiotherapist to travel with them to US Open qualifying?

I am sure many freelancers who cover tennis around the world would feel this Adria Tour has contradicted a number of things you have stated in the previous months. I am sure those who cover the Challenger Tour, which has barely been discussed in the last few months, aren’t feeling great about the message that is currently being sent from the top.

Did you really mean what you said back in March? It feels like you are still, in your words, “addicted to this idea that we always need to be somewhere else and do something productive.”

This is not productive. This is dangerous. We will potentially only hear about Grigor Dimitrov, Borna Coric, Viktor Troicki and his pregnant wife Aleksandra testing positive to COVID-19, however the nonchalant attitude to running this tournament has directly and indirectly put people’s lives at risk.

Upon hearing of Dimitrov’s positive test, your coach was sent out to address the crowd with the bad news. Your coach and brother, as director of the exhibition, faced the media, where he was reported to say that you all tried to respect all the prescribed measures. You left the country before taking a test because you didn’t have symptoms, when asymptomatic carriers are a big part of the reason why COVID-19 is continuing to spread.

Trying isn’t good enough. This has been a complete and unmitigated disaster, and we haven’t heard from you. When things go well, you will show up in front of the cameras, give out chocolates to the media, and spread the positive message. When things don’t go well, it looks as though your coach and others are left to put up the front.

There is an irony to you doing the ‘Limbo’ in that video above, because tennis as we know it is in limbo. Tennis has its back against the wall. It’s down 7-8* and 40/15 in the 2019 Wimbledon final at the moment. I’ve seen you fight with your back against the wall, time and time again.

Fight with the rest of the players, the freelancers, the small business owners that live off the ATP/WTA/Challenger/ITF tour functioning safely.

Lead the way as the President of the ATP Players Council appropriately, or step aside.