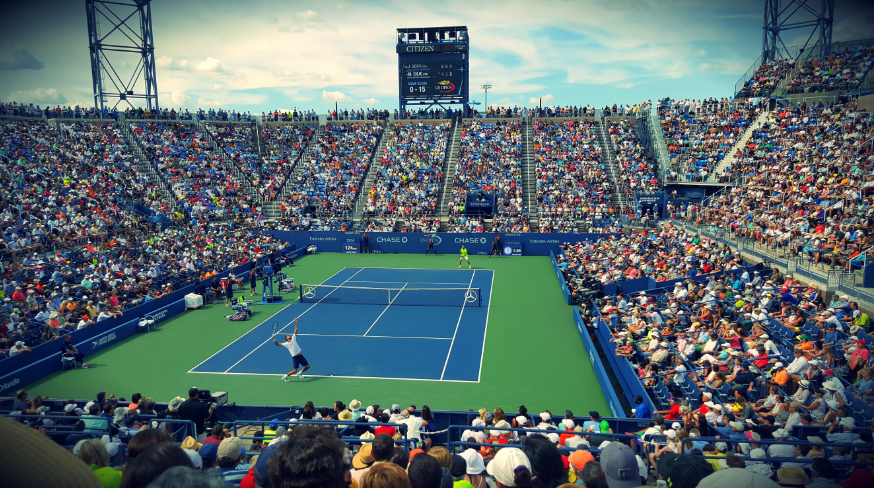 Thoughts: Hon was one of the good news stories from qualifying, awarded a lucky loser position in the main draw after dropping the final match to Denisa Allertova.

Hon’s form this year has been solid as she moves her way towards the top 100. She showed she can match it with the big names at the big tournaments at Roland Garros, where he narrowly lost to Madison Keys in the second round. Her opponent today is one of the craftier players on tour, and it has been great to see Margarita Gasparyan overcome adversity with injuries to make her way back to the top 100.

Gasparyan has had some struggles of late however, with the Russian having to retire hurt up a set and 5-6* to Elina Svitolina at Wimbledon. She is yet to win on her return, losing three matches in a row on the way to Flushing Meadows.

We sometimes see some spirited performances from lucky losers who can adopt the ‘nothing to lose’ mentality. The longer this match can last, the more it favours Hon in my opinion.

Thoughts: An incredibly worthy recipient of the Australian wildcard given she is a former champion here, and someone who has done a lot for Australian tennis over her career. This will be her 15th US Open, with an 8-6 record in her previous first rounds.

Stosur has struggled a touch on tour this year, however it is a testament to her class as to how she has approached this year. Her opponent today is Ekaterina Alexandrova, who managed to get the better of this match-up at Roland Garros this year, winning 3-6 6-1 6-4.

Alexandrova is an incredibly streaky player, however the topspin generated by Stosur on the forehand wing does play to the Russian’s advantage in this one. Stosur will need to hit her spots well, and utilise her backhand slice with great precision and consistency to pull off the upset today. We have seen it before on the biggest stage, will we see it one more time?

Thoughts: One of the favourites for the title, Barty is expected to win her first round encounter relatively easily as the 2nd seed. She has drawn a tough opponent first up, with 80th seed Zarina Diyas playing at a level higher than her ranking suggests. With wins over the likes of Pegula, Tsurenko and Gauff in the lead-up, Diyas will be no pushover.

I think the variety from the racquet of Barty will prove to be the difference today. She sounds relaxed in the lead-up to the tournament, so look for the Aussie to make a statement in round 1 against a quality opponent.

Thoughts: The young Australian has been given quite a favourable draw, in conditions that look to suit him moreso than his opponent. Herbert looks to be a touch low on confidence lately, with his last win coming on June 25. He has lost 6 in a row, and when you game relies on serving and coming into the net with confidence, then De Minaur isn’t the player you would like to see standing on the other side of the net. They have split their previous meetings, however De Minaur looks a class above on his recent form. The Aussie should be too strong.

Thoughts: 2019 has not been the happiest year on tour for Gavrilova, however there is still time for a couple more positives in the coming weeks. An outsider in her match against Ferro, and it is probably justfied given Ferro defeated Gavrilova 6-3 6-0 on the grass at Eastbourne less than two months ago.

Gavrilova has had some injury concerns across the year, making it hard to capitalise on her movement and retrieval abilities. She does know how to win on the big stage, and may be able to take advantage of some nerves from Ferro, who currently holds a 4-10 record at majors. She is up against it today, however that can bring out her best tennis. One to watch.