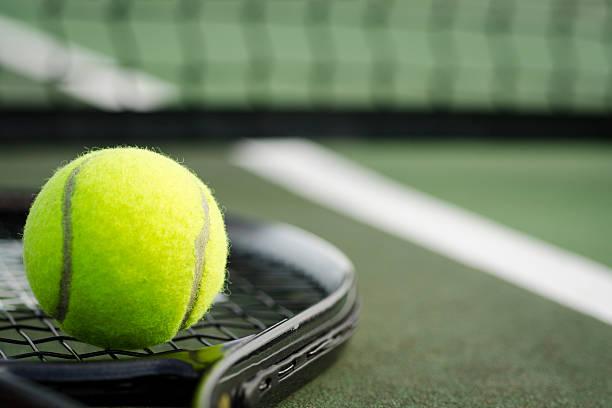 I have had a couple of questions lately regarding what sites I look at when making plays, and what goes into the decision making regarding plays. Sometimes, the most time consuming part of coming up with a play isn’t the actual writing of the play, it is all the groundwork that comes with settling on a play. Here I go through what I have done tonight when it comes to finding the right tennis play – one that I consider good enough to share with everyone.

I won’t lie, I just have a weird memory for tennis. I will remember random points of random matches. If I am going somewhere I have been before, I can generally link it back to a tennis memory. Weird I know….For example walking into work today I can remember checking scores of Harrison vs Mannarino in the 2016 US Open as their match started around 8am Melbourne time. I remember being on holiday for 2 weeks in 2014, and Mannarino and Sock playing back to back weeks, ultimately splitting the matches with a win each. And these are just my Mannarino examples!

So things just stick in my mind. Memories of players against various playing styles. How they have responded to adversity in big moments. How their body has handled certain conditions. I don’t know how I can apply it to anything else, because I can apply it because I love tennis.

So using this memory, I will generally open Flashscore on my phone, which presents me with all the available matches at ATP/WTA/Challenger/ITF level for the coming day/days, as well as a little indicator of current odds at Bet365. Now I know these odds will rarely be the BEST odds available, but I flick through them all and decide which odds (or their respective lines and totals based on odds) I find to be appealing. For example, this is the list I came up with for tomorrow.

So once I have a bit of an idea of what odds may be available, I then jump on Sportspunter, which provides information regarding the best odds available for particular bet types, with head to head odds displayed on the home page. Here is an example of some of the WTA odds on offer tomorrow.

Just gives me a better indication of truly what prices are out there for us to snap up. For the sake of this article, I am going to hone in on a particular match – Putintseva vs Kozlova.

Those who have followed for a while will have a bit of a feel for where this play may be leading, but I will show you some of the steps I take to ensure that I am able to back up my thoughts with some pretty solid reasoning as well.

A favourite go-to site of mine, as it can help you very quickly find information about players over any time period across their career. Win/Loss, win from a set up, loss from a set down, tiebreak record, 3 set record, it is all really easily to navigate once you get the hang of things. For example below we have Putnitseva’s 12 month record after winning the first set:

16 wins and 6 losses over the last 12 months. Now here is her record when losing the first set:

That’s right – zero victories after losing the first set. This helps me to validate my thoughts that Putintseva isn’t the type of player who can buckle down, try and ride out the storm, and overcome adversity and flip the script. The most shocking about all those losses (and yes I am aware the Fed Cup result is accidentally there twice), is that only one of them went to a 3rd set. When Putintseva loses the first set, she has generally lost the second set too. So what we want to look at from the stats above, is does Kozlova fit the bill of having a respectable win percentage after taking the first set, AND can she overcome 1 set deficits regularly enough in this situation? Let’s take a look at Kozlova’s last 12 months:

A 17-1 record on hardcourt (30/3 overall bit wouldn’t have fit in one picture) is a great indicator of Kozlova going on with the match after taking the lead early. Now to look at the record when losing the first set:

You are never going to get an amazing come back from set 1 lost record, but 7-19 is pretty serviceable (especially as you consider Putintseva has not come back from a set down in 12 months). So in this situation, I like Kozlova to win from a set up, and statistically I certainly wouldn’t rule her out even if she lost the first set, especially if the first set was a long one (would be keen to oppose Putintseva the more tired she becomes based off historical data and observation).

STEP 5 – ANALYSE THE MATCH UP

Sometimes you can find an edge when you get a playing style vs playing style opportunity that presents itself. Now those who were following during the Australian Open would have noticed this when I took Suarez Navarro to defeat Kanepi, and then Kontaveit. I made an error taking Babos to beat her, but rectified this with two big plays the next two rounds, purely off the playing style and movement of CSN being able to absorb and re-direct and grind down the bigger hitters who struggle at times to generate their own pace, especially when the ball is below the height of the net. In this match, I know I am off to a good start leaning towards Kozlova because I do prefer to back the player that forces the issue moreso than their opponent. Where possible, I don’t like having to rely on an opponent to have an “off” day to win, unless the match up really doesn’t suit them (thinking back over January, Bachinger vs Goffin and Kerkhove vs Vickery are two examples of taking the player who will force the issue more often than not). Looking back through Kozlova’s recent matches vs players of similar styles (to an extent), I can see a dominant victory of Zhang a couple of days ago, as well as a victory over Diyas in the last 4 months. Outside of a big loss to Errani, which appears to be an outlier of sorts, Kozlova has performed pretty well when she has been the bigger hitter on the court (also see 3 set loss to Pavlyuchenkova at Aus Open as an example too). Heading back through the last year of matches for Putintseva playing against bigger hitters, it presents a number of losses. Pliskova, Muguruza, Cirstea, Vekic, Abanda, Goerges and Tsurenko are just some of the players who have caused a world of trouble to Putintseva over the last 12 months. Now I know she shouldn’t be expected to win in a number of those matches, however she wasn’t really competitive in any of them unfortunately. Therefore, we have form in the area in regards to players like Kozlova causing grief to players like Putintseva.

A few years ago I bought a lifetime subscription to OnCourt, so I almost feel obliged at times to use it. I will check in from time to time, moreso when betting totals and handicaps, but it is a good place to go for up to date data about pretty much anything for any player.

Sometimes I will find myself journeying through steps 1 to 6, only to discover that something along the way has put me off making a play of any kind. I wouldn’t call it a waste of time, but it is a learning experience if nothing else. If there is something I didn’t know about a player, then I put that info in the memory bank and move on, hoping to learn something for next time. In this instance, between what I personally know about Putintseva and Kozlova, as well as some of the stats above, I am pretty comfortable making a play here on Kozlova to get the job done.

Now confidence of the play comes into action, as I settle on a unit staking for a particular bet. In this instance, I am quite shocked by the $1.81 available at Pinnacle for Kozlova to get the job done here, especially when I consider:

There isn’t really a box that this play doesn’t tick in my book. We get an assertive player who could still win this from any position, and we get her at $1.81. As I can’t really find any massive faults in this one, I am happy to take a 5 unit play on Kozlova to win the match at $1.81 at Pinnacle

5 units Kozlova to defeat Putintseva at $1.81 at Pinnacle