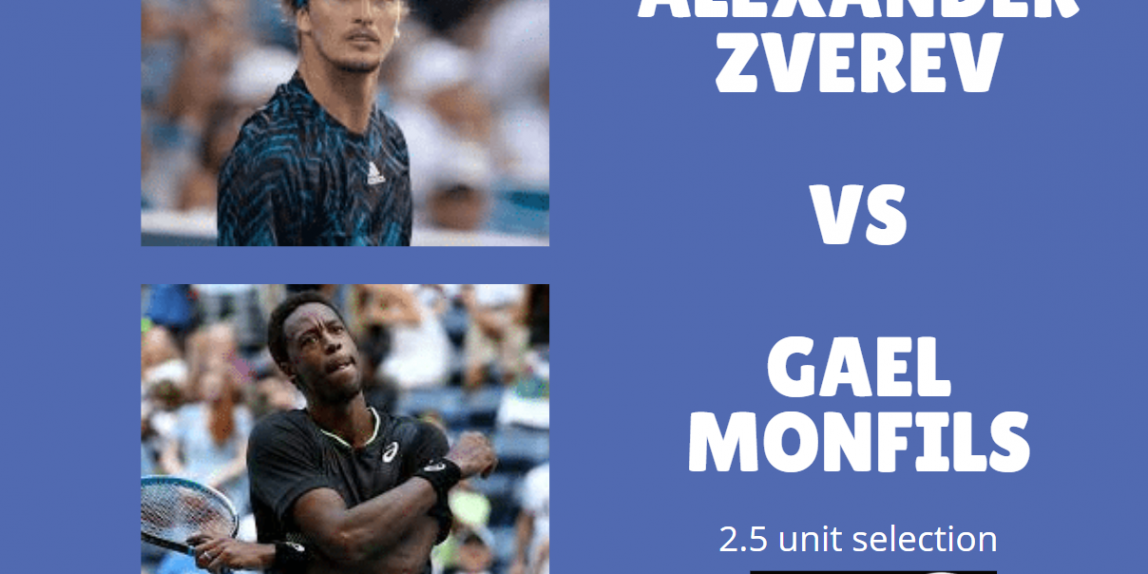 Is Alexander Zverev playing well enough to justify a price south of $1.25 in the night session in this match-up?

I think the sample size of performances from Gael Monfils is at a level now to be able to jump into this price, particularly as we are still in the middle stages of the tournament. The body of form of Monfils since Toronto has included wins over the likes of Millman, Tiafoe, De Minaur, Basilashvili, Giron and Anderson, with losses in that time coming to Sinner x 2, Carreno-Busta, Rublev and Isner. Whilst the opposition quality is not to the level of Zverev, it is the form and time on court, that has been key after such a rough start to the year in terms of the confidence of Monfils. It also doesn’t hurt that 10 of his last twelve wins have come in straight sets. He showed he enjoys the night session at Indian Wells for the crowd that is on his side, and the conditions, in his 7-5 6-2 win over Kevin Anderson in the previous round, winning 68% of points on the South African’s second serve.

There aren’t a lot of negatives to really focus on in terms of the recent on-court play from Alexander Zverev, which is part of the reason he is so short today. The match-up itself, in slower conditions, is part of the concern here. Whilst Zverev has made great strides in his game this year, I do question his ability to hit through Monfils consistently. He was taken to three sets by Brooksby in Round 2 whilst putting 67% of first serves in play, and found himself in precarious positions in both sets against Andy Murray. Watching at times the lack of composure and the fact he looked to be playing right on the edge, I don’t foresee Zverev winning a third set if Murray took that tiebreak. The response from Murray walking off the court suggested he knew he was there for the taking.

The head to head here is irrelevant as it was 5 years ago. Those who have followed for a while know I generally only get involved with large prices with Monfils. Sometimes it pays off, sometimes it doesn’t, and sometimes it can lead to a near miss like this one on my stream last year:

If Monfils can stay physically fit throughout this match and frustrate Zverev (with some help from the crowd) then he will be right in this match. Happy to back in Gael at the long price.

I see more value in the moneyline in this match-up than I do the game handicap, however there are many different approaches you could take with this one.

ADVERTISING OPPORTUNITY
If you are interested in your business receiving exposure via banner advertising (or sponsored tweets), please contact @Ace_Previews on Twitter via DM, or email ace@acetennispreviews.com.