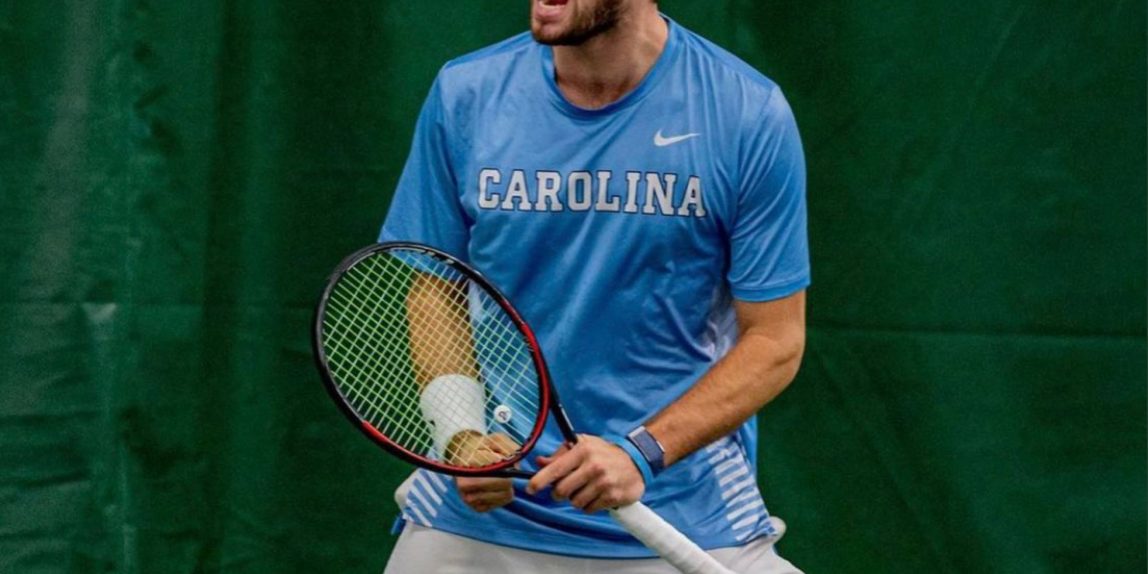 Starting this week at the Challenger event in Cary, just 20 miles from the North Carolina Tar Heels facility, where college legend William Blumberg takes on Mitchell Krueger in an all-American showdown.

Speaking of all-American, Blumberg, joining the Tar Heels in 2017, is the first (and only) player to become a 10-time All-American in ITA history as he got honored five straight years from 2017 to 2021, both in singles and doubles. Fitting that he had his breakthrough tournament last week when he won the doubles competition in Newport alongside Jack Sock. The two opened as underdogs in all of their four matches, yet only lost one set on their way to the title. In singles, Blumberg lost 6-7 6-7 to Alex Bolt – not a terrible loss either.

Before achieving literally everything a college player can achieve, Blumberg has been a successful junior too. He peaked at #4 in the ITF junior rankings, beating players such as Kecmanović, De Minaur, Shapovalov, Wolf or Korda. Born in January 1998, he’s a little older than the aforementioned players, so I wouldn’t go too crazy about these wins, however his talent cannot be denied.

Mitchell Krueger actually had a decent juniors career as well, peaking at #5 and going pro shortly after. Just like other 2012 junior greats Filip Peliwo and Luke Saville, Krueger never really got his career going though, hanging around the top 200 for the last five years.

Both Krueger and Blumberg are solid from the baseline and try to dictate points with consistent hitting, especially from their backhand sides. As you could guess from his doubles results, Blumberg also has some good hands and doesn’t shy away from attacking the net either.

The two already faced each other at this exact place back in 2017 when Krueger won 6-2 6-2. Since then, Blumberg evolved a lot and even though Krueger is still the more solid and experienced player, this is closer to a 33/67 than a 25/75 matchup in my opinion. Therefore, I’m going for a little trifecta here, betting on Blumberg to win the match, to win a set and the match to go over 20.5 games.