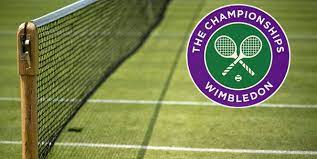 The Championships Wimbledon 2021 are set to begin their first round matches on Monday and Sean Calvert is back to assess the chances of the value underdogs in the men’s singles.

We’ve got a grass court major for the first time since 2019 and if the weather forecast is correct we might have to wait a few days for the opening round of matches to be completed, so we’ve plenty of time to consider some underdogs.

It’s set to rain on and off for the first five days of the tournament, so maybe the disruptions will lead to a few more underdog winners than we usually get at the All England Club.

The men’s singles has averaged 25% underdog winners in the last seven Wimbledons, which is pretty much par for the course for a major, and the best round to back them in by some way has been round three.

You’d have made a profit of around £320 from just £10 stakes if you’d backed every dog in round three of the men’s singles from 2015 to 2019 inclusive, whereas if you’d backed each and every underdog in those five years in every round you’d be £630 down.

Round one has been poor by comparison, with only 22% of betting underdogs winning in the last seven years (round three averages 33%) and if you’d backed every round one underdog in the last five Wimbledons you’d be a whopping £801 down (£10 stakes).

The first round also features far fewer tie breaks (44% of its matches in the last seven years have featured at least one tie break) than any of the other rounds (the tournament as a whole has an average of 56% tie break matches).

So, round one of Wimbledon isn’t usually the best place to go looking for underdog winners, but there are always some and the following are worthy of consideration:

Starting with the biggest, then, and I wonder if the lack of grass matches will prove costly to Stefanos Tsitsipas in what’s a tricky-looking round one match against Frances Tiafoe.

Tsitsipas skipped Halle after that painful French Open final defeat to Novak Djokovic and so he hasn’t played a match on grass since losing at Wimbledon to Thomas Fabbiano as a 1.10 chance two years ago.

He’s yet to show on grass anything like the form he’s shown on other surfaces yet and while that will probably come sooner or later right now it’s worth risking Tiafoe in some way in this match.

Tiafoe comes here in good form on the grass, having won the Nottingham Challenger and made the quarter finals at Queen’s Club, so his grass preparation looks to be much more advanced than that of the Greek.

The 3-1 with Bet 365 about Tiafoe winning the opening set looks decent, as does the 3.40 with Unibet about him winning a couple of sets (+1.5 on the set handicap).

When Tiafoe has played top-10 opponents at majors he’s generally performed well, with his most recent effort against Djokovic in Melbourne this year going to four sets and a couple of tie breaks.

Indeed, when he’s faced top-10 opposition in rounds one and two of a major only once in seven matches has he lost in straight sets: he’s taken Federer, Fognini and Zverev to five sets, beaten Kevin Anderson and lost in four to Djokovic and Medvedev.

If there’s one player that never does things the easy way at Wimbledon it’s Karen Khachanov.

The Russian is yet to win a match here in straight sets, with his seven victories all coming in long four and five setters, with his quickest win coming in 41 games and the rest ending in 42, 45, 48, 53, 47, and 45 games respectively.

Given that he’s facing a very capable grass courter in Mackenzie McDonald in round one this year Khachanov may well have to go long again if he’s to win on a grass court whose low bounce in week one won’t suit him.

He’s shown little again this grass swing, losing to Feli Lopez and Andrey Rublev and just scraping past Lucas Pouille and this has the feel of a tough one about it.

McDonald has a habit of really testing higher ranked players at majors, but ultimately losing late on, as he did again at the French when he lost 8-6 in the fifth to Cristian Garin and his record shows that he’s now won the first set and lost in five seven times at majors.

Next up is a more straightforward one with a straight win on Ricardas Berankis recommended against Lloyd Harris.

I took a chance on Harris outright at 33-1 in Stuttgart in case his powerful game transferred to grass, but it hasn’t yet and his defeat to Corentin Moutet last week in Mallorca smacked of a player who isn’t enjoying his time on grass.

Berankis can be effective on this surface and he beat Denis Shapovalov here at Wimbledon in 2019, as well as having taken to Marin Cilic to five sets at this event in the past.

He played pretty well in a deciding set loss to Kei Nishikori in Halle and he’s handled big servers well in the past,

Marton Fucsovics is another possibility as underdog against Jannik Sinner, who’s another one yet to really take to grass, but I’m not convinced about Fucsovics either, having watched him last week in Eastbourne (he’s also 1-3 win/loss at Wimbledon, losing to Fognini last time).

Dominik Koepfer can play on grass and he looks a very viable underdog against Reilly Opelka, who despite winning Junior Wimbledon back in 2015, looks like he’s got a lot to learn about playing on the surface.

It took John Isner a long time to play well on grass and the same may be true of Opelka, who was pretty mediocre in a loss to John Millman at Queen’s, and the low bounce on week one at Wimbledon surely won’t be to his liking.

Koepfer beat Opelka in straight sets at the US Open of 2019 and more recently on clay at altitude in Madrid – also in straight sets – and Opelka narrowly edged their meeting prior to that 14-12 in a final set tie break in Dallas in early 2019.

The German also handled the Milos Raonic serve well when he beat the Canadian comfortably in Acapulco a few months back and so he clearly doesn’t have a problem against big servers.

I saw Opelka wandering back from the practice courts in Eastbourne before he withdrew and I’m not sure exactly what the problem was that led to the withdrawal there, but he obviously wasn’t fit and I couldn’t back him at 1.67 to beat Koepfer over five sets a week later.

Talking of Koepfer, he’s the only leftie to have beaten Philipp Kohlschreiber in Kohli’s last 16 matches against left-handers and I wonder if Denis Shapovalov will find the veteran as easy an out as a price of 1.15 suggests.

Kohli’s amazing record against lefties that goes back to a loss to Nadal in 2018 is one reason to risk him in some way and another is his recent form, which has been pretty good (quarters in Halle and beat Verdasco and Karatsev at Roland Garros).

At the age of 37 this is one of the last chances that Kohli will have to play Wimbledon and I can’t imagine he’ll be putting in anything less than 100 percent here, while Shapovalov will surely be edgy, having lost three of his four matches at the All England Club.

Indeed, Shapo lost as a 1.17 chance to Berankis the last time he played here and Kohli may well cover the +5.5 game handicap here.

But perhaps it’s worth taking Sam Querrey instead as slight underdog against Pablo Carreno Busta, who has never impressed on grass in a 4-9 career win/loss mark and has lost 20 of his last 29 matches against opponents of 6’4” and above.

The big serve of Querrey was working well on slowish grass in Mallorca last week and evens about him beating PCB on this surface in week one is fair enough.

Others that could go well on a good day include Jeremy Chardy, who faces Aslan Karatsev, who’s shown very little on grass so far and of course Seb Korda, who has his chances against Alex De Minaur, but we already have him to win the quarter.

Let’s see that the weather brings for the first few days and maybe I’ll add some more on Monday or Tuesday.