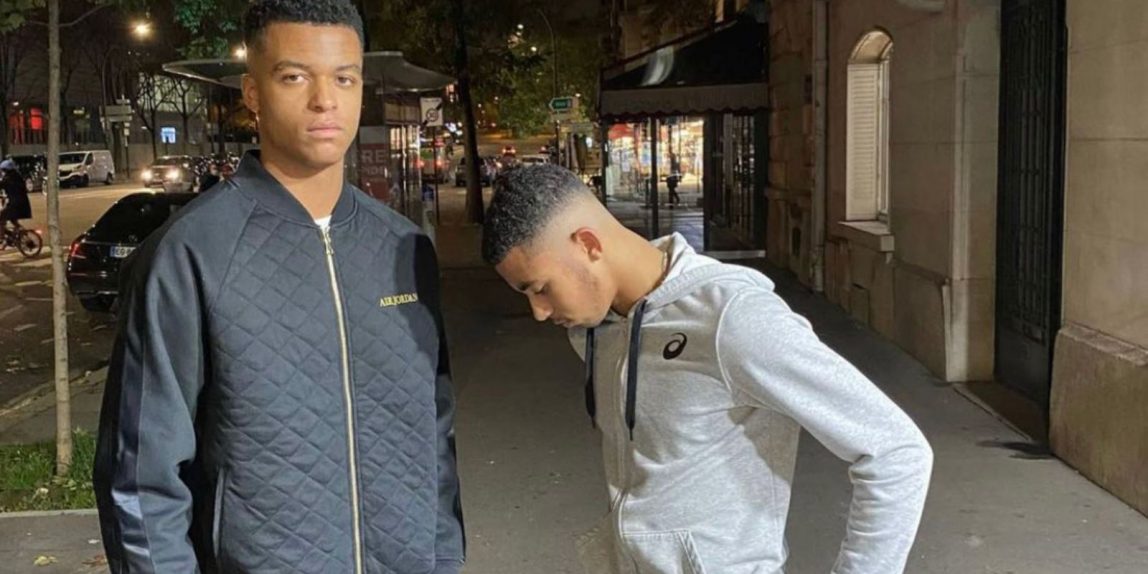 Despite the fans being allowed back in at Roland Garros, it has been a nightmare tournament for the French crowd. Not a single man or woman made it to the third round while only 7 out of 29 players even won a match at their home slam. This might mark the end of a prosperous era with guys like Monfils, Tsonga, Gasquet or Simon having passed their peak.

However, when you look at the juniors draw, at least for the men, French tennis fans can be full of hope for the upcoming generation. Four of the eight boys left in the draw are French and I will put my focus on them in this article dedicated to the Roland Garros junior competition.

Starting at the top of the draw, Sean Cuenin will face top seed Shang Juncheng today. Despite the Chinese being a lefty, the two have pretty similar games. Constructing points well behind a solid backhand and generating a lot of spin, their game is suited to the clay. Cuenin has already been in the quarterfinal here last year when he beat Ionel and Fils along the way. These are two decent wins, but Fils especially has improved so much since last October. It’s one thing to be among the top junior players, but completely different to actually get wins on the pro tour. A key element for the progression to the pros is the serve. Both Cuenin and his opponent Shang can improve that shot a lot. While Shang is the youngest player remaining in the draw and mostly puts the ball into play with a kick serve, Cuenin really needs to improve his ace to double fault ratio. In 18 matches I found stats for, only twice was he able to serve more aces than double faults. In 10 out of these 18 matches, he hit more than twice as many double faults.

Luca Van Assche already had some remarkable results on the ITF pro tour. His serve is much more solid already, but his main strength is his cleverness. The 17-year-old is able to create some good angles from both sides and knows exactly when to pull the trigger. Moving forward, his game should be suited to all surfaces. This year, Van Assche beat former junior #1 Jonas Forejtek as well as former junior #6 Otto Virtanen, both in straight sets and both on indoor hard courts. A third set tiebreak loss to Dominic Stephan Stricker proved to be even more impressive as not only did the Swiss lift the title at this exact place last October, but also won a Challenger event this year and most recently beat the likes of Cilic, Fucsovics and Albot on the ATP tour. Not to build any pressure on these youngsters, but I could foresee a similar path to Stricker’s, at least for the two remaining French young guns.

Both Giovanni Mpetshi Perricard and Arthur Fils could become the real deal. Their one-two punch is amazing already and especially Mpetshi Perricard has some incredible power on his serve and forehand. He’s the oldest of the four, but at the same time, he’s still the most erratic. After not being overly successful in his first pro tour events, Mpetshi Perricard burst onto the scene right before Roland Garros last year when he beat Joao Menezes at the Challenger in Aix-en-Provence. Just like this year, he then lost in three close sets at the French Open qualifying, but it’s only a matter of time until his game becomes more steady. Fils’s game on the other hand is a mixture between Mpetshi Perricard’s power play and the well-structured game of Cuenin and Van Assche. At 16 years of age, he’s the youngest of the bunch, but he already reached a semifinal at an ITF 25k event, beating Sanchez Jover and Brancaccio among others, and made it to the second round of qualifying here two weeks ago. I’m really looking forward to the future of French men’s tennis and if Mpetshi Perricard and Fils make it to the semifinal tomorrow, I’ll be the first one watching.

On the women’s side, we have another country dominating this year’s French Open. Four quarter finalists are of Russian descent and even though they are all talented, I think that the other remaining players are worth watching, too. There is no Russian involved in the first quarterfinal, which might actually be the most interesting one. A lot of stories have been told about Andorran Victoria Jimenez Kasintseva when she won the Australian Open junior competition last year. Back then, she was one of many, but with that huge title to her name, expectations have also been rising. One feat that helped her run in Australia a lot is her outstanding fitness. Even at the age of 14, she was able to outgrind all of her opponents, one of whom being #2 seed Robin Montgomery. In the meantime, her ball striking has improved a lot and especially her return proves to be a big strength. Czech Linda Noskova will challenge the top seed today and just like Jimenez Kasintseva, she smashed her previous opponents to bits. While the Andorran only lost four games a match on average, Noskova lost less than three. Paris is not the only capital where the Czech up-and-comer has left an impression though as she won back to back ITF 15k titles in Bratislava earlier this year and beat players like Maleckova, Smitkova or Sramkova while doing so. My eyes will surely be on Court 14 when play starts this Thursday.

Diana Shnaider is a player I did not necessarily expect making it to this stage, despite the Russian being the #4 seed. Her path was really difficult as all of Boisson, Ngounoue and Vidmanova are talented players. However, Shnaider was able to get past all of them with her unconventional lefty play. Today, she’ll face one of the biggest prospects in the game in American Robin Montgomery. The 16-year-old is destined for greater things and already showed that when beating Anderson (twice), Savinykh, Danilovic and Osorio Serrano in the last 10 months. Montgomery might be flying a bit under the radar with all the other talented Americans making the headlines, but a slow and steady rise might be even better for the third lefty that’s still in the draw.

The third quarterfinal will be an all Russian affair as Erika Andreeva takes on Veronika’s little sister Polina Kudermetova. Little is a word that doesn’t really fit Polina though as she already won a pro tour title at the age of 16 and another one to start 2021. She can almost hit as big as her sister and even though I see her doing better on other surfaces, with that game, she can beat anyone in a juniors draw. Her game just falls off a cliff sometimes and streaks of four or five games won or lost in a row are no rarity. If she transfers that inconsistency into the match against her countrywoman, she will probably come out second best, even when possessing the bigger weapons. Andreeva proves to be in excellent form as she beat Oceane Babel, who almost stole a set against Svitolina last week, and Linda Fruhvirtova, probably the most talked about youngster in this draw, both in straight sets. Andreeva’s game is tricky with a lot of variety, fitting the dirt perfectly.

The fourth Russian is also the fourth lefty left in the draw. A lot of people probably thought that Oksana Selekhmeteva isn’t playing juniors anymore at this point in her career. The now 18-year-old already competed in the 2018 US Open junior event where she beat Elisabetta Cocciaretto and Hailey Baptiste, both of whom have passed her in the process. However, Selekhmeteva has now added a little more power to her game and since November last year, she has beaten the likes of Boulter, Seguel, Hesse, In-Albon, Eala, Guerrero Alvarez or Jimenez Kasintseva. You can expect to hear her name more often in the near future. Today, she’ll face the biggest surprise of the competition, Mara Guth. The German only played two pro (qualifying) matches in her career and lost them both. In May, she won a J2 event in Austria, but nothing really pointed towards her making a run at the French Open. I for one am glad she made it this far, but I doubt she’ll go even further given the superior opposition in Selekhmeteva.