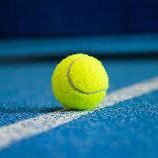 At the end of the preview yesterday a couple of players were highlighted. Let’s take a look at how they went:

As we move to Friday, the window for backing up to next week shortens. Ones to watch tomorrow are:

It looks like Mladenovic and Tomljanovic don’t have their semi final scheduled tomorrow. If they withdraw from that semi-final, it will help re-inforce there is a bit of value in this information moving forward. I cannot see them both missing singles qualifying to hang around and play a doubles semi-final.