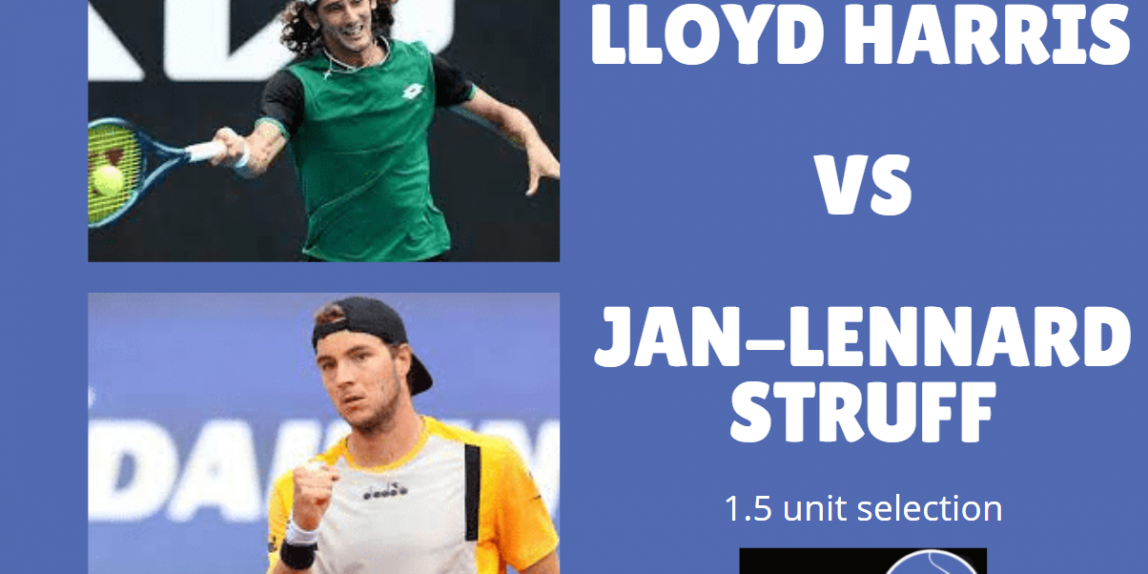 Are we taking a 3 set win over Albert Ramos on indoor hards as a sign that Jan-Lennard Struff has found his way back into form? I am going to need to see a little more consistency from the German before I am keen to jump in and support him.

Whilst it can be a little difficult at times gauging game handicaps between two capable servers on indoor hard at times late in seasons, I think there is a little value here in Lloyd Harris at the game handicap. Whilst he had shown some signs in previous years as to his ability to match it with most on tour, 2021 has been the year in which Harris has taken the largest leap. His consistency has improved out of sight, and his worst performances in recent months have come largely due to physical issues during his matches. He looked solid in the conditions here last year in reaching the quarter finals ranked 90th in the world, losing out to Ugo Humbert. He hasn’t played a significant amount of indoor hardcourt tennis, however there is no reason to suggest the conditions won’t suit. After saving some break points early in round 1 against Bergs, he was able to run away with the match quite comfortably in straight sets.

Whilst there are question marks over the volume of tennis Harris has played in terms of indoor hardcourts, it is not as though Struff has set the world on fire under the roof of late. The 3 set win over Ramos broke a streak of 5 losses, with the German dropping 7 of 8 on the way in. His North American hardcourt swing was below what I, and I assume many others, anticipated, and the performance against Ramos hasn’t swayed my opinion.

Whilst there is some -2.5 games available, I think the more accessible line is -3 games, and I am happy to take this for 1.5 units. Another consideration given recent form was 2-0 set betting, however my preference lies with the spread.