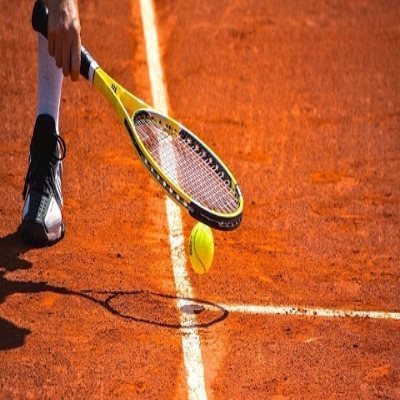 We didn’t get anywhere with our small stakes underdogs on day one of Lyon, with Gilles Simon failing to find any sort of spark returning to a tournament he’s always done well at in the past, but he was unlucky enough to come up against an opponent who had a superb day on serve.

Then, Corentin Moutet was in one of his moods – even when he was leading by a break in set one against Cam Norrie (he was a break up in both sets).

Moutet even played a volley on set point down between his legs in a tanky, Nick Kyrgios sort of a style, and spent much of the rest of the match hitting drop shot after drop shot to little effect.

To add insult to injury, the other one I wrote about, Tennys Sandgren, won in straight sets – it was that sort of day.

Tuesday’s weather forecast suggests that play will be possible in Lyon up until at least the early afternoon, at which point rain is expected, while in Geneva, the best chance of play would appear to be between 10am and 3pm local time.

Rain is expected from then on, so I’m not so sure whether or not we’ll see Roger Federer, who’s slated to meet Pablo Andujar at around 18:00 local time.

It will be a first career meeting between the pair of veterans and Andujar is clearly excited by the prospect: “Facing Roger Federer for the first time is a dream come true,” he said. “It’s something I will tell my children and grandchildren when I am old.”

It’s fair to say that Andujar isn’t planning on ways to potentially defeat Federer, then, rather he’s happy just to be sharing the same court as the Swiss maestro.

Of the day’s other underdogs in Geneva and Lyon on Tuesday, those that are worthy of consideration for me are: Guido Pella in Geneva and Lorenzo Musetti and Aslan Karatsev in Lyon, with the schedule still not yet out at the time of writing for Geneva on Tuesday.

You never know what you’re getting yourself into with Fabio Fognini, but given how mediocre and lacking in any sort of drive his clay swing has been so far, I wouldn’t have a brass farthing on him beating Guido Pella at a price like 1.40.

I watched this pair face off in Davis Cup in Buenos Aires a few years ago and Pella should have won it from two sets up, but somehow Fog made the comeback. Whether the Italian still has the sort of passion that was in evidence that day remains to be seen.

I’ve taken the odd chance on Fognini at huge prices outright this season, but this price today looks short – assuming that birthday boy Pella (he turned 31 on Monday) is match fit.

He’s had all sorts of issues with health and fitness lately, most recently a groin problem, but if he’s fit for duty he’s got every chance of beating Fognini based on Fabio’s very hit and miss level of late.

I watched Fabio against Nishikori in Rome and Zapatta Miralles in Barcelona, waiting for that quality that we know he has to appear, but it barely did in either match and in the Zapatta Miralles one the frustration led to a default.

Looking at the stats of their four prior clashes on clay there’s very little in it, with each man holding serve 76% of the time, but it’s Pella who’s won more second serve points (51% to 46%), so he’s been more than a match for Fognini rom the back of the court.

We’ll see what Fognini has left in the tank, but he often starts matches slowly, so I like either Pella to win this or to win set one at 2.62 (Bet 365, Unibet).

If we look at those past four clay clashes, only once has Fognini won the opening set and with plenty of rain around his focus (such as it is) could easily wander if they keep getting taken off court due to rain.

Talking of players who’ve been struggling with fitness, Lorenzo Musetti has had his physical issues lately and indeed that was the case when Musetti faced Felix Auger-Aliassime in Barcelona last month.

Musetti won the first set of that match and then struggled with a back problem, saying after the match: “I had chances in the second set to break him, but I didn’t convert those chances. I then started to feel sore in the lower back and it got worse and worse. I couldn’t play, but I don’t like to retire. When I served, I couldn’t turn my shoulder and it was painful.”

They meet again on Tuesday in Lyon and assuming that Musetti is fit he has every chance of causing the upset given FAA’s patchy form on the clay.

Gael Monfils looked to be in better shape in a tight loss to Lorenzo Sonego last week in Rome and he has a good opportunity to get his first match win since February 2020 when he takes on Lloyd Harris.

Harris beat Monfils as a 2.97 underdog in quick conditions in Chengdu in 2018, but on damp clay he’s far less effective, with a 3-6 win/loss record at main level and a hold/break total mark of just 90.

That doesn’t mean Monfils will definitely win it though: he’s on a run of eight straight losses and he definitely needs a fair few more matches to get back to his best.

Lamonf’s old Davis Cup team-mate Jo-Wilfried Tsonga is in a similar position to Monfils, with very few matches under his belt lately: only six completed matches since the end of the 2019 season.

He last played almost a month ago in Barcelona when he was beaten in straight sets by Egor Gerasimov and he withdrew from the Heilbronn Challenger last week saying: “I felt a little pain in Barcelona and I need to spend some time recovering and training with the aim of being in the best possible condition for Roland Garros.”

Tommy Paul is more than good enough on the clay to get the better of Tsonga, whose last win on clay came almost two years ago at the 2019 French Open.

Aslan Karatsev beat Jannik Sinner in much quicker conditions on hard in Dubai on his way to the title there a couple of months ago and this return fixture on the clay is priced more or less the same as the Dubai encounter.

Sinner was priced up as a 1.60 favourite that day, but Karatsev overpowered him, which he could well do again on Tuesday when once again Sinner is priced up around that 1.60 mark.

Both men have the power to hit through the damp clay, but if we’re looking purely at this season’s main level stats on the clay there’s nothing to suggest that Sinner should be this short in price.

Sinner is 6-4 win/loss, while Karatsev is 8-4 and their service hold/break totals are the same at 105 each, but Karatsev’s been more effective on serve, wining 6% more points on first serve, while their second serve win points are identical.

They’ve both created exactly the same amount of break point chances per game (0.62) but Sinner has taken more of his opportunities (48% compared to the 35% of Karatsev).

I couldn’t back Sinner at this price and at 2.37 (Bet 365) Karatsev is a reasonable underdog option.

It’ll still be small stakes on these two match bets on the clay, with the possibility of one more outright to be added in Geneva if and when I ever see any updated outright prices.

UPDATE: In Geneva, the qualifier that I was hoping would draw Fernando Verdasco did indeed get the veteran Spaniard and that’s Ilya Ivashka, who’s had an excellent clay swing so far and has every chance this week on current form.

If we look at Ivashka’s stats on the clay this season at all levels we find that he’s held serve 83.4% of the time and broken serve 36.4% of the time for a very impressive hold/break total of 119.8, winning 11 of his 14 matches.

If we only look at the main level matches it’s still looking very good for Ivashka: 6-3 win/loss and a hold/break total of 112.5.

And of his three defeats, one was against Rafael Nadal (won the first set) another a tight one against Jaume Munar and the other a semi final loss in Munich to Jan-Lennard Struff.

That form and those stats are good enough to go far this week and at 33-1 I’ll take a chance for one point each-way.