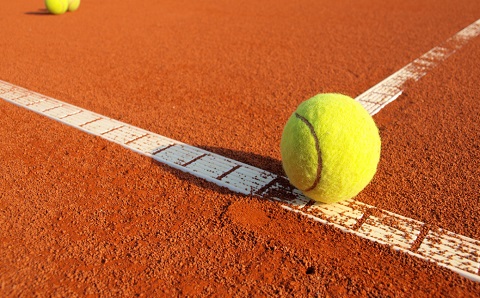 The clay court action continues apace on the ATP Tour, with the focus switching to Spain and the Masters 1000 level Mutua Madrid Open this week. Sean Calvert returns with the stats and value picks for Monday’s play at the Caja Magica.

The bulk of the round one matches at the Madrid Open take place on Monday and Tuesday after qualifying concluded on Sunday along with a smattering of main draw matches.

I talked about the playing conditions in my outright preview and by the look of the weather forecast it might be a little slower today – certainly on the outside courts – as showers are expected on Monday morning.

Generally though Madrid (along with Gstaad) is the clay court event with the most service holds (80% on average over the last four editions) but no better than about average in terms of tie break matches (37% tie break matches in the last eight years).

As far as underdog winners are concerned, again it’s pretty run of the mill, with 30% on average over the last eight editions, and it’s no surprise given the altitude that most of those winners tend to come in round one.

Making a profit here backing every underdog hasn’t been easy though, with an overall loss of almost £400 (based on just a £10 stake) in total in the last five editions, with only 2018 emerging as a profitable year for that strategy.

Adrian Mannarino isn’t usually up to much on the clay, but here in Madrid, where it’s appreciably quicker than most other clay events the Frenchman can apply his skills a little better.

So, I like the idea of backing him to win a set against Carlos Alcaraz, who’s being priced too tightly at the moment after catching the eye in recent months.

Alcaraz is only 17 and is making his debut at the Madrid Masters, with the prospect of facing Rafael Nadal in the next round, so I’d expect some nerves from the young Spaniard.

As you’d expect from a young player in his first season at this level there’ll be plenty of ups and downs and his results show that: beating Casper Ruud, but losing as favourite to Frances Tiafoe and Jaume Munar in the last month.

It was only two months ago that he lost to Marco Trungeliti in Gran Canaria and last week he was beaten as favourite by Marin Cilic, so for me the layers are expecting too much form him right now.

A price of 1.20 is too short and the 2.25 about Mannarino winning a set looks fair value.

Another one that’s being priced up as if he can’t really operate on clay is John Isner, but Isner has made back-to-back quarter finals in Madrid in his last two visits and Miomir Kecmanovic had better be ready for some tie breaks.

Isner has played 12 tie break matches in the last 15 here and he’s played a whopping 0.47 tie breaks per set – or almost one every two sets – holding serve 95% of the time in Madrid.

Kecmanovic has never faced Isner or played Madrid before and while he’s played a fair few clay matches this season it’s never been his best surface and I wonder if he’s up to the task of having to hold serve pretty much all the time to stay in it.

He doesn’t have the strongest of serves and has only held 68% of the time on clay (admittedly slower clay) this past 12 months, plus he’s 1-4 win/loss against the big servers in my database.

Fernando Verdasco has missed a ton of tennis lately due to injury, but he’s had a few matches back now and I suspect that in what may be his final appearance at his home tournament he’ll be really keen to put on a good show.

And he’s facing an opponent who’s having a crisis of confidence at the moment in Christian Garin, who was beaten by leftie Cam Norrie in Estoril last week.

After that defeat Garin said: “I still have instability in my game, I still can’t find my game, so I’m a little worried about that. The truth is that I have not played anything well today. I do not get positive feelings.”

Ideally Verdasco would have had several more matches under his belt and he did look rusty in Estoril, no doubt, but he’s not going to go away tamely here in his home town and he may well have a set in him.

Garin’s often a slow starter and coming from sea level to altitude and struggling for confidence as well might give Verdasco a shot at the opening set at a price of 4.33 (Bet 365).

Jeremy Chardy beat Albert Ramos and crushed Diego Schwartzman the last time that he played here in 2019 (and even took Novak Djokovic to a tie break) and if he’s on song he’s got every chance against Dan Evans.

Evans has only played Madrid once before (in 2017 when he lost to Robin Haase) and he’s being priced up on his Monte-Carlo run to the semi finals.

Chardy was woeful last week in Estoril, but consistency is hardly a thing with Chardy, who can blow hot and cold at any time.

He’s beaten Evans three times already in his career (Evans has won the last two) and if he finds the sort of form he’s capable of on the day he’s a lively underdog against the Brit.

It wouldn’t be a major surprise either if Fabio Fognini had another one of his moments to forget given his weak record in Madrid, the upcoming tournament in Rome next week to consider and his mood after being defaulted last time out.

Fognini is just 6-10 win/loss here and his opponent, Carlos Taberner, qualified well in the end, beating Lorenzo Musetti and Jordan Thompson (saved a match point in that one) and will be keen to impress on his first appearance here since 2017.

I won’t be betting for or against Fabio though and from my shortlist for Monday I’ll take Isner, Verdasco and Mannarino for value.