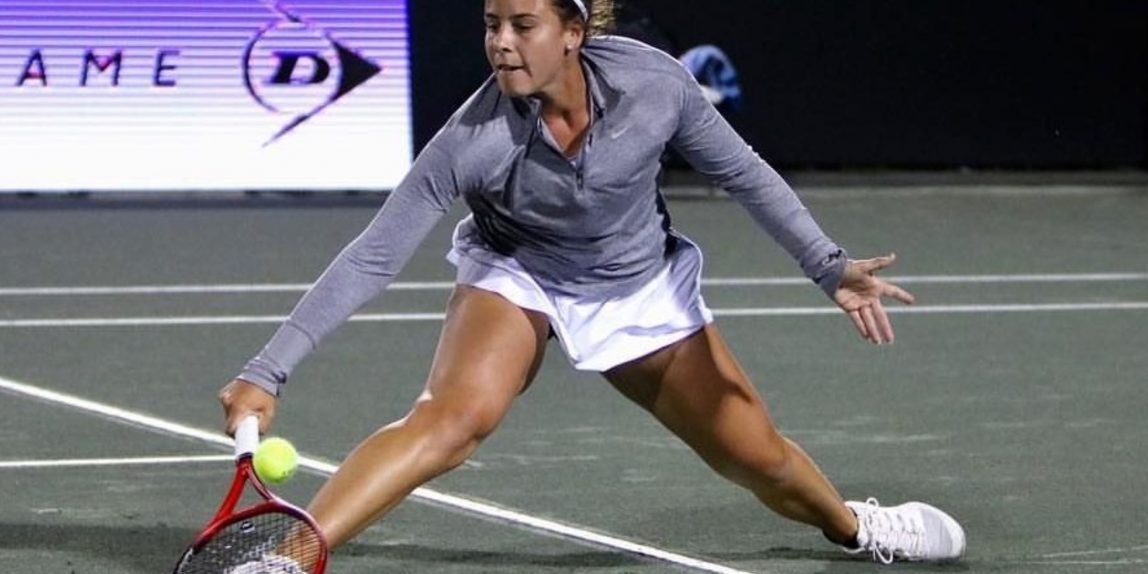 I allowed myself a little time off after Maria Camila Osorio Serrano week in Bogota, but now I’m back with a preview from the second event in Charleston, played in the same venue as last week, with the same owner, Ben Navarro.

His daughter Emma will take on Czech prodigy Linda Fruhvirtova in the last match of the day. As mentioned on the Eat Sleep Tennis Podcast beginning of the week, I had both Navarro and Fruhvirtova on upset alert in their first round maches. Both capitalized on their opponents’ retirements, but that does not take away the brilliant tennis they showed before.

Navarro had a 6-3 3-2 lead when Tereza Martincova retired while Fruhvirtova struggled to get over the line against Alize Cornet. The 15-year-old was serving for the match at 6-2 5-4 and her game took a hit from that point on. Especially her serve completely collapsed in the later stages of the match.

After exchanging 8 breaks until 4-4 in the third, Cornet was eventually forced to retire after hobbling around the court for a good hour. The last set was rather tough to watch, but before, Fruhvirtova really showed why she’s one of the biggest prospects in the game. Her point construction is splendid already and there’s no one on her level in her age class. However, getting over the line on a big stage is a whole different story and I’m not sure she would’ve been able to get the win if it wasn’t for Cornet’s injury.

Her opponent today is playing in Charleston for the second straight tournament after beating Renata Zarazua 6-4 6-3 and losing to eventual champion Veronika Kudermetova 4-6 4-6 last week. These results have impressed me and should have done the same to all those raising eyebrows and shouting Navarro only got these Wild Cards because of her father. While this is obviously true, the 19-year-old is a former French Open finalist and Wimbledon semifinalist in juniors. At the 2019 Roland Garros edition, she beat some other promising youngsters like Qinwen Zheng (who actually handed Fruhvirtova her first loss this year) or Daria Snigur before losing to Canadian Leylah Fernandez.

The young American can hit quite big from both wings and the rather bouncy courts give her enough time to set up her shots. She’s also very used to green clay already and has a 25-18 career record on the surface. I actually make her a slight favorite against Fruhvirtova on these courts and this is before considering some potential recurring struggles when nearing a win for the Czech. Therefore, I am happy to get underdog odds on the owner’s daughter who can hopefully silence the doubters once again.