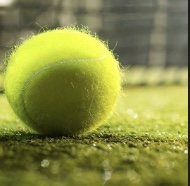 Cecchinato was able to get things off to a good start with a relatively comfortable straight set win. He led by a break early in each set, gave it back, but proved too good in the back end of each set.

Casper Ruud was far, far too strong for Holger Rune, dropping only 3 games and keeping the total under 20.5 comfortably.

Whilst it may have been a straight set loss for Travaglia against PCB, he had three set points in set 1, and broke early in set 2, falling 5-7 6-7.

Storm Sanders fought back from a slow start to force a third set, however Liu was far too strong late.

Whilst the return to tour of Thanasi Kokkinakis is impressive, his odds are starting to look exceptionally short for the clay. These two played an exceptionally tight three set match last week in Split as well, and based off that match (Kokkinakis won 3-6 6-4 6-4), they have decided to then wind out the odds on Horansky in the re-match.

Just a half unit play, however I cannot have Horanksy north of $4 here.

Another underdog who looks capable of causing some grief today in Split is Joao Domingues. I have him priced up as being $2.25 in cooler conditions on clay. You generally need to be playing at a high level to be able to hit through Domingues with consistency. Bourgue struggled a touch in the conditions in round 1 against Safwat, winning a tight 3 set match whilst putting 80+ percent of first serves in play. Outside of his win over Hanfmann a month ago, I am not particularly sold on the clay court of the Frenchman when it comes to justifying him as a sub-$1.50 shot, so I will be placing a 1 unit selection on Domingues.

Happy to go against Carreno Busta here, with the Spaniard and Khachanov both at near coin-flip odds in this one.

PCB flirted with danger in a big way against Travaglia in round 1, saving three set points in set 1 and coming back from a 0-2* start in the second set to progress to the second round. He will be looking to find the form that allowed him to hoist the trophy in Marbella last week, however today looks to be tougher opposition than anyone else the Spaniard has played in his run.

Karen Khachanov is a tricky player to get a read on at times, however he was able to handle a tricky opponent in Laslo Djere quite comfortably in round 1. The Russian was only broken once, whilst winning 52% of points on return throughout the match as well. This match is on the racquet of the Russian, and with PCB coming off a heavy schedule, I prefer Khachanov’s price here for 1.5 units.

There are two different avenues to take in this one, and I like both of them equally.

John Millman has found wins in back to back weeks on the clay. He backed up his three set win over Coria last week by defeating Ugo Humbert in the first round in Monte Carlo. It was a thoroughly uninspiring performance from Humbert, who looked to struggle mightily in the conditions. How much do I read into the result turning around the recent form of Millman? Not a lot. We saw last week how Millman can struggle against a genuine claycourter, such as Djere, and I am anticipating a similar result today from Garin, who was great on the resumption of play yesterday against Felix Auger-Aliassime.

The two avenues I equally like at Garin -4.5 games and the total under 20.5 games. There is obviously a large amount of overlap between the two, however I will side with the -4.5 games (not as worried about the number in a match less serve dominant).

Back later with Charleston.