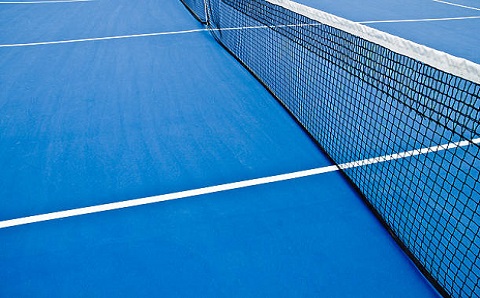 Today’s last match in Miami doesn’t have the feeling of a fourth round match at all, it could rather be a future Grand Slam final. After surviving a three set battle with Amanda Anisimova yesterday, #8 seed Bianca Andreescu gets the night match again, facing #12 seed Garbine Muguruza. The Spaniard had some difficulties herself yesterday in her 4-6 6-3 6-4 win over Anna Kalinskaya who had her chances, but couldn’t close out a 3-0 lead in the third.

7-6 6-7 6-4 was the scoreline for Andreescu, but even though that looks much closer, the Canadian has looked superior throughout the match. The only thing she has to ask herself is what she can do better on break points. Her conversion in set 1: 0/10. In the end, she converted 3/17 break chances while only allowing 2 to Anisimova. A pretty dominant performance from Andreescu overall with a little breakdown in the second set tiebreak.

Muguruza had some flaws in her match and put up quite a lot of unforced errors, unusual when you look at her performances so far in 2021. Bookmakers opened her sub 1.40 today which I couldn’t agree with at all. The market already bet up Andreescu a bit, but I still think there is value in the young Canadian. Injury concerns might be looming, but none of them showed so far in Miami and Andreescu will always be a fighter when stepping on court. When at her best, she can compete with anybody on a hard court.

The two only faced once before and on a similar court, Andreescu dismantled Muguruza 6-0 6-1 at Indian Wells in 2019. Of course, times have changed and Muguruza had a great year so far while Andreescu is still on her way back from injury, but the result shows what the Canadian is capable of. I expect a lot of big hitting, service holds and great points today and with some signs of inconsistency from Muguruza in her last match, I like Andreescu on the games handicap as I do think she can keep this one close.